The haftorah of Shabbos Nachamu (Yeshayah 40:1) begins with the words, “Comfort, comfort My people, says Hashem.”

The Yalkut Shimoni Eichah says that since the retribution was double, the expression of comfort in this haftorah is doubled as well.

We know, however, that Hashem metes out punishment middah kneged middah. So how could our punishment have been “double”? Also, doesn’t every nation sin? Why were we punished so harshly?

The Yismach Yisroel explains that every deed of the Jewish people has a powerful effect on the entire world. He notes further that every deed actually consists of two components: the act itself and the consequence of that act.

Hashem designated us as His chosen nation. “Hashem has chosen you for Himself to be a treasured people from among all the peoples…” (Devarim 14:2). We are unique and different in our disposition and temperament.

Every Jewish soul is bound to Hashem’s kisei hakavod – the throne of glory – with a chut hameshulash (a threefold chain that is not easily broken), which stretches through the heavens, the constellations, and the earth’s atmosphere. When we do a mitzvah, it makes an impression all along the way, beyond the world, and up to the kisei hakavod. One good act, one pasuk of Torah learned, one pasuk of Tehillim said, brings holiness and purity to the entire world.

This fundamental mechanism is also at work when a Jew commits a sin; a ripple of cause and effect extends throughout the world and beyond.

When we say in our personal prayer for forgiveness (in Shemone Esrei), “Grant me atonement for my sins…and make whole all the names that I have blemished in your great name,” we are referring to the injury we caused with our transgressions.

The Talmud tells us (Yoma 86b) that the entire world is forgiven on account of one individual who repents. A Jew has the power to bring merit to all of mankind.

The actions of the nations of the world, in contrast, have no such effect on the universe. There is no connection to Hashem that is impacted by their aveiros.

So now we understand why we received a double punishment. Our sin was “double” because of the sin itself and the negative effect of the sin that pulsated throughout the world.

And Hashem gives us a double measure of nechamah (comfort) because teshuvah m’ahavah – repentance out of love – turns our sins into merits and brings us closer to Hashem than we ever were.

Rabbi Israel Abuchatzera (1890-1984), known as the Baba Sali, was born in Morocco to a distinguished rabbinic family. He was renowned as a legendary Talmudic scholar, a great ohev Yisroel, and a holy man who could work miracles through his prayers. In his early years, his love for the people of Eretz Yisrael often took him from Morocco to Israel until he eventually settled in Netivot.

On one of these trips, a violent storm arose at sea on Shabbos. The skies turned ominously dark, the winds turned fierce, and towering walls of water slammed into the ship. The captain told all the passengers that the ship was in danger of capsizing.

Baba Sali had remained below deck in his cabin on the holy day of Shabbos, immersed in prayer and learning. When the gabbai heard the captain’s warning, he hurried down to Baba Sali’s cabin and shared the information.

Baba Sali responded that he would like to make kiddush. The gabbai was puzzled by his reaction, but he did not question the tzaddik. He brought Baba Sali a kiddush cup with some wine, and Baba Sali recited kiddush with deep kavanah.

He partook of the wine, and then went up on deck with the shiurei mitzvah (the remaining wine from kiddush in his cup). He walked over to the railing on the side of the ship and poured the shiurei mitzvah into the raging waters below. Immediately, the sea quieted and the storm abated.

The people on board could not believe their eyes and were inspired with a strong belief in G-d. When the ship docked, the passengers tried to offer Baba Sali a reward as they thanked him and kissed his hand.

Baba Sali would accept nothing. In his self-effacing manner, he quietly stated, “It was all Hashem’s doing.” 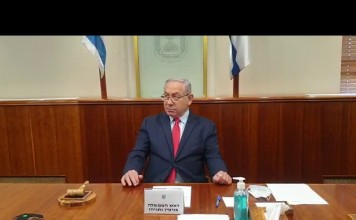