It was an Amazon delivery that went really wrong. My book order was delivered to the pre-sin Garden instead of Riverdale, an understandable error, and Adam read Somerset Maugham’s, “The Painted Veil.” He was fascinated by ships and cars, cholera and infidelity, but was confused by the descriptions of everlasting life and sacrifice.

He read about Kitty who is deeply moved by all the things, large and small, given up by convent nuns, but wonders whether the nuns have been duped into their lives of, “sacrifice and poverty, obedience, killing work, and prayer.” What if there is no everlasting life, she wonders. Then what was the meaning of all their sacrifice?
Kitty is told to consider the beauty of the nuns’ lives as perfect works of art, no matter what comes after. She’s then asked to imagine a concert, in which each musician plays his own instrument, content to add to a symphony that’s no less lovely whether or not there’s anyone to hear it.

He was familiar with work; God had presented the Garden as a place that demanded work. He knew of prayer as a form of work; “There was no man to work the land,” which, Rashi explains, means to voice aspirations for a world in which God would be constantly involved. Obedience resonated deeply in his already struggling heart. However, whatever this everlasting life was, Adam mulled, why would it have to be earned through sacrifice and poverty?
He interrupted his thoughts as The Woman, a tall snake walking next to her, was approaching with a delicious looking fruit in her outstretched arm.

Adam thought back to Kitty as he was expelled from the Garden. Were sacrifice, poverty, and killing work included in “you shall eat of the earth in sadness,” and, “you shall eat bread by the sweat of your brow?” He wondered why God hadn’t mentioned anything about Kitty’s idea of everlasting life.

He was haunted by the images of life as a perfect work of art and a lovely symphony. His short life so far was certainly not a masterpiece of painting or music; in fact, he was the blotch on the art of creation, the discordant note in God’s symphony. He decided to repair the painting and edit the symphony.

“Now the Man knew Eve, his wife, and she conceived and bore Cain, saying, ‘I have acquired a man with God’ (Genesis 4:1).” A child, a future that would outlive him, and Adam sensed everlasting life.

He also understood that even if he successfully repaired creation, he couldn’t determine what his child and descendants would do to the symphony. Adam realized that Eve’s strange description, “I have acquired a man with God,” was to have the new father compare his appreciation of everlasting life complicated by the unknown brushstrokes and notes of his descendants, with God’s creation of Adam and Eve.

The moment a person is added to the scene all that follows will change. The creation of Adam and Eve was with the understanding that the canvas would be damaged, the music, off key. Creation itself is everlasting in the sense that all of us add brushstrokes and notes, some perfect, many not, but it constantly changes, and that, is its perfection.

Everlasting life is found when we add to creation. Sacrifice and killing work are only for those who do not treasure even the clashing colors and failed notes in their lives as active participation in the unfinished symphony of everlasting life. 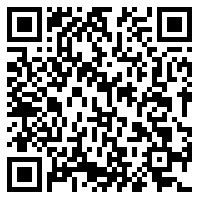