Imagine a student in the shiur of Rabi Akiva, privileged to learn at the feet of one of the greatest sages of all time, one of the most accomplished scholars the Jewish people has ever seen. One who is on his way to this lecture might well run with such single-minded focus that anyone in his way, even a fellow student, becomes unimportant; and if that other student must be rudely pushed aside, isn’t getting to the shiur a greater priority? It is possible to be so intently focused on the important “main event” that other important concerns are given short shrift. (It is reminiscent of the 1973 experiment conducted in Princeton Theological Seminary, in which seminarians in a hurry neglected to stop to help people – actually, actors – who seemed to be in need, due to their rush to deliver a sermon about the topic of stopping to help people in need.)

The message of Sefiras Ha’Omer is that focusing on that which is most important can never allow us to miss all the other important steps along the way. We eagerly count down to the Kabalas HaTorah, but we do so by carefully marking every step along the way. We are trained to recognize that we cannot properly accept the Torah if these steps are neglected. Rav Yisrael Salanter, the revered founder of the mussar movement, was asked why he diverted talented students from the study of Talmud to spend time studying character development, and would respond that even more important than gadlus – Torah greatness – is shleimus – completeness of middos and personality.


The mishna (Avot 3:17) teaches that “if there is no derech eretz, there is no Torah.” Rabbenu Yonah suggests that derech eretz, usually rendered as the possession of refined character traits, is necessary if the Torah’s values are to take root; without derech eretz, any Torah the individual studies “lacks a home.”

At this point, the counting of sefirah is almost over – but the main event, the kabalas haTorah still awaits – and there is still time to infuse that acceptance with the message of all of the days that lead up to it; the memory of Rabi Akiva’s students demand nothing less. 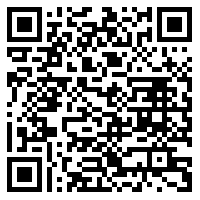