During a shiur on Pirkei Avos, a rabbi admired by my husband spoke about how some people begrudge others certain things. He mentioned the “D” word (without saying the word itself), and I think he said it was an illness talked about in the Gemara. He said that people suffering from this “machalah shachor” (dark illness) should live in a desert with the wild animals. My assumption was that the person would be left to die there.


As soon as he said machalah shachor, depression came to mind. The rabbi then quoted the Rambam, who recommended that one afflicted with this illness should listen to music, take walks in the garden and view beautiful buildings. He made a sarcastic comment about music, saying that judging from the amount of music available today, 99 percent of the population must be treating themselves for machalah shachor.

Here’s what is troubling me: As the daughter of a woman who has been on Prozac for over 20 years, I know that this rabbi’s recommended “cure” – that depressed people just work on their character and learn how to not begrudge someone else’s joy – is way off base. I believe he is reckless and self-righteous to think that this is how depression can be cured. Doesn’t he understand that over 90 percent of suicides are those suffering from depression?

How do we get our rabbinic community to eradicate this rabbi’s misconception, a fallacy that can, chas v’shalom, cost someone his or her life or leave the person joyless? Can there be some type of “black hat” training (or, in this case, “shtreimel” training) that can save people from being led toward such so-called fixes for depression – rather than seeking out professionals that can help them?

This is a complicated issue for me, as my husband admires this rabbi. I hate to think what would happen if my husband ever asked this rabbi for advice regarding depression or any other emotional challenge in his life.

It is hard to imagine that an illness like depression can be treated like it is something that someone can just “get over.” Thus, I understand your horrified reaction.

There are definitely things that can help people overcome depression but, as you mentioned, professional help is necessary and should be the first step in the healing process. Many depressed people require medication in conjunction with psychotherapy. Research has found that cognitive behavioral therapy (CBT) is often most helpful in cases of depression. People suffering from depression frequently think negatively about themselves and the world around them. This negative perception is often how the person thinks about life in general, and as many or all of the depressed person’s experiences are distorted through a negative filter, the thinking patterns become so ingrained that the individual is unaware of errors in judgment based on irrational thoughts.

CBT is intended to show people how their thinking affects their moods, and teach them to think more positively about life and themselves. This therapy is based on the concept that thinking negatively is a habit, which like any other bad habit, can be broken. The reason some people need the combination of medication and psychotherapy is because the depression can keep them from effectively utitlizing the help. While psychotherapy, especially CBT, can be used on its own to help someone cope with depression, every case is unique and needs its own treatment plan.

Depression, as you emphatically stated, cannot be taken lightly. If, chas v’shalom, someone was diagnosed with a life-threatening illness, the person would need to follow whatever treatment was prescribed by an expert in that particular field. It is unclear why some people do not have the same feeling about mental illness. The treatment plan suggested by mental illness experts should be followed to increase the chances of success.

Listening to music may indeed be part of that treatment plan, but music by itself is surely not a cure for depression. Unfortunately, this widely accepted misconception is not limited to the frum community. Many individuals feel that mental illness is not real and that it can be “cured easily.” The reality is that mental illness is very real, requiring treatment by a competent professional. Many organizations are trying to bring this issue to the forefront of people’s minds and, believe it or not, there has been much growth in this awareness effort. Hopefully our community continues to value the importance of focusing on understanding mental illness, and I hope that your letter helps others realize the seriousness of depression. 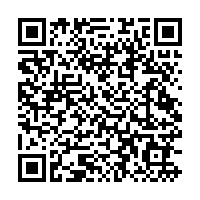