Shem and Yafes took a garment … and walked backwards to cover their father ….” (Bereishis 9:23)

Rashi points out that the word “took” is written in the singular form (vayikach vs. vayikchu) to teach us that Shem exerted himself, more than Yafes, to perform this good deed. Shem’s descendants therefore merited the mitzvah of tallis and tefillin, whereas Yafes was rewarded with burial for his descendants, as it says (Yechezkel 39:11), “I will give Gog a burial site there in Israel.”

The mitzvah of tzitzis requires special scrutiny and examination at all times in order to ensure that the fringes are indeed kosher. R’ Nosson states (Menachos 44a) that there is no mitzvah in the Torah, however minor, for which there is no reward both in this world and in the next. The Talmud then recounts the incident of an individual who was scrupulous in the mitzvah of tzitzis and as a result was shielded from a major calamity in his life. The Zohar teaches that with the fulfillment of this mitzvah one merits an ambient light of holiness that represses his anger.

The third paragraph of the krias shema speaks specifically of the mitzvah of tzitzis that “when you see it … you will not stray after … what you see with your eyes …. “This is referred to in Yechezkel (33:15-17), “… he who closes his eyes from seeing evil … your eyes shall behold the King in His beauty …” i.e., that individual will merit to see the Divine Presence. It is known that the great Baba Sali achieved his great level of holiness in the merit of constantly guarding his eyes.

Although Yafes participated with Shem in covering their father he did not act with the same devotion. His descendants were rewarded 2,000 years later with a proper burial in Eretz Yisrael.

The Divrei Mordechai comments that there is another reference to the reward for a mitzvah with regard to Nimrod. The Torah states (Bereishis 10:8), “And Chush begot Nimrod. He was the first to be a mighty man on earth.” Rashi expounds that he caused the entire world to rebel against Hashem with the plan of the dor haflagah (the generation who constructed the Tower of Babel) by ensnaring people with his power of speech.

The Torah then tells us (ibid. 11) that Ashur went forth from that land and built Ninveh, which is described as “the great city.” We learn that when Ashur saw that his descendants were paying attention to Nimrod’s words, he immediately departed, quietly and without fanfare, and built a new city. In the future, when the people of Ninveh sinned, Hashem recalled the merit of their forefather, who had established Ninveh on a foundation of kedusha, for the sake of Heaven, and He instructed Yonah to go to Ninveh to influence its citizens to do teshuva. Such is the far-reaching effect of doing a mitzvah.

Shmuel lived in Eretz Yisrael and was the seventh boy in his family. All his brothers had attended a major yeshiva, and it was expected that he too would attend that yeshiva when he became of age. Yet, although he had a solid reputation, Shmuel was not accepted after taking the entrance exam. His parents tried to intervene, but with their limited connections they were unsuccessful in changing anything. Shmuel was understandably quite disappointed to have to follow a different trajectory than his brothers, who had lived at home until they married. He was especially let down when the only suitable yeshiva found was far from home and would require him to stay in a nearby dormitory.

Erev Shabbos of the first week at yeshiva, Shmuel was stopped by an elderly woman in the neighborhood, who wanted to know where he learned. When he informed her that he stayed in the dormitory for Shabbos, she told him that she hosted a weekly shiur for older men on Shabbos, and they were looking for someone to give a shiur in Pirkei Avos for one hour every week. She asked whether there was any possibility that he would be able to accommodate the group.

Shmuel curiously contemplated the situation, cognizant of the fact that his course in life so far seemed very different than that of his brothers’. He was inclined to refuse the offer, but then realized it was a unique opportunity to do a mitzvah and he agreed.

Shmuel began giving his shiur the following Shabbos and made a quite favorable impression on his group. As the weeks progressed, Shmuel diversified the shiurim, and the learning sessions covered topics in Navi, the parsha and the like. The participants eagerly looked forward to the shiurim as the highlight of their week. He was so successful that Shmuel continued to give his weekly shiurim for the next five years.

When Shmuel looked to get married, a shidduch was suggested with a girl from a very poor family. Once again, he felt he was getting a bad break. Unlike his brothers who had each married a girl of means and owned an apartment, he would have to rent a garage apartment in an out-of-the-way neighborhood.

The loyal members of the shiur were delighted to hear Shmuel’s news that Shabbos and heartfelt mazel tov wishes resounded in the apartment. On motzoei Shabbos, the woman who hosted the shiur called Shmuel and asked to meet him with his kallah in person.

When they met, she explained that her husband had done very well in business, and she now owned several apartments in Yerushalayim. She noted that Shmuel had been giving his shiur all these years without any remuneration, and now that he was getting married, she wanted to give the couple a wedding present. This time Shmuel was overjoyed to be different than his brothers. Unlike his brothers, Shmuel and his kallah were gifted with a beautiful, completely paid off apartment in the heart of Yerushalayim, with no monthly mortgage payments to make.

Our sages tell us that Hashem does not withhold the reward for the performance of the littlest mitzvah that one does in this world. 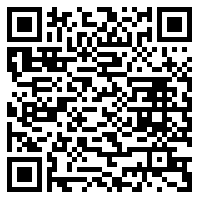