In this week’s parshah the Torah recounts the episode of the mabul. Hashem instructed Noach to take a specimen of every animal into the teivah. Additionally, Noach had to bring provisions with him for himself, his family, and the animals in the teivah.

In His instructions to Noach, Hashem says, “V’ata kach lecha mikol ma’achal asher yochal… vehaya lecha v’lahem l’achla – And you shall take for yourself of every food that you will eat…and it will be food for you and for them (Bereishis 6:21). The Chasam Sofer notes that the wording seems out of order. Hashem says “food for you and for them,” but the Gemara (Gittin 62) rules that a person must feed his animals before he feeds himself and his family. The Gemara derives this rule from the wording of the second parshah of Shema where “v’nasati eisev besadcha l’behemtecha – and I have placed grass in your fields for your animals” appears before “v’achalta v’savata – and you shall eat and be satiated.” How, then, do we explain, Hashem’s instructions to Noach in which he puts Noach before the animals?

The Maharil Diskin answers our original question – why Hashem states “food for you and for them” (rather than “for them and for you”) – by explaining that until Noach exited the teivah humans were not allowed to eat animals. Therefore, he says, before that point people could not even own animals. It was only after permission was granted to eat animals that man was permitted to fully own animals. Therefore, before Noach exited the teivah, there was no need to mention feeding one’s animals before oneself since no animals belonged to humans.

This answer is based on the assumption that the obligation to feed one’s animals before oneself only applies to animals that one owns. However, there are authorities who maintain that a person must first feed any animal that is dependent on him for its food (see Chasam Sofer Yoreh Deah 314). According to these authorities, Noach had an obligation to feed the animals in the teivah before he fed himself. Thus, the question returns: Why did Hashem say “food for you and for them”?

I would suggest the following: Noach was preparing for a long journey in an ark while the entire world was being destroyed. He was told to bring enough food for himself and the animals in the teivah. Perhaps in a time of hunger and strife, the obligation to feed one’s animals first does not apply. Perhaps in dire situations it is better to feed oneself before one’s animals, even if there is probably enough food for both. In such situations, one must care for oneself more than one’s animals.

That might explain why Hashem said “food for you and for them.” He didn’t command Noach to feed his animals first; on the contrary, He specifically commanded him to feed the people first. 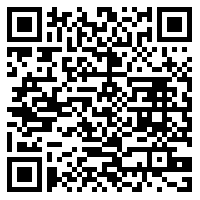