We find ourselves in the month of Adar Rishon. It is generally difficult to extract lessons from Adar during a leap year due to the numerous disagreements as to how we understand the extra month. On the one hand, the Gemara (Megillah 6b) states that “there is no difference between Adar Rishon and Adar Sheini.” Then again, Purim is only truly celebrated in Adar Sheini. An additional problem lies in the fact that the second Adar disrupts our modus operandi of aligning the tribes with the months to discover the monthly avodah; the alignment is hotly debated regarding the extra Adar. Some commentators place Naftali as the tribe of both Adars. Others align Naftali with the regular Adar but insert Levi into the extra Adar, while yet others match Yosef up with Adar so he can be split into Ephraim and Menashe during a leap year.

I think the best way to go about this is to turn to the mazel of the month – Dagim – Pisces, the Fish. This mazel is different than the others in that it is plural, while the others are described in the singular form – i.e. the Ram, the Bull, the Crab, the Lion, etc. (Although the Twins and the Scales are also plural, that is only because they are plural by definition. You can’t have one scale or one twin.) Dagim is the only mazel in the calendar that is “unnecessarily” plural. It would therefore seem that Dagim is the mazel of both Adar Rishon and Adar Sheini.


So let’s talk about Dagim. What makes fish different from all other creatures? They definitely have many unique qualities, such as the fact that they swim, live in the water, etc. But in the Torah’s view, they are significant for a completely different reason. Dagim are described as being different because they are covered over by water and hidden from the eye. The Gemara (Berachos 20a) describes how Yaakov blessed Yosef that his children should be like fish, and how Yosef’s descendants are always protected from ayin hara as a result of that berachah. The Gemara explains that fish are protected from ayin hara, specifically because they have that quality of being covered and hidden. (Incidentally, this would support the view that Adar is aligned with Yosef.)

But what avodah is there in hiddenness? Perhaps one will suggest tznius, modesty. Indeed, the Sages teach that the Mishkan exemplified modesty, for the gold-plated staves were covered by tapestries, and the beautiful tapestries were in turn covered by goat skins. The commentators explain that something can be beautiful, but it needn’t be shown off to everyone else. Second, Rav Schwab notes that when the prophet Micha (6, 8) charges us to “walk modestly with your G-d,” the term “with” is specifically used to emphasize that Hashem Himself is modest in His ways. Third, the Maharal (Nesivos Olam, chelek beis, Nesiv HaTznius) writes that the salvation of Purim was only through the merit of Esther’s tznius, which she inherited from her forbearer, Shaul, who inherited it from his forbearer, Rachel. So it definitely seems that the work of Adar is to be hidden and not put all our blessings on display.

On the other hand, hiddenness is not such a good thing. The Gemara (Chullin 131b) describes how the Purim story had no open miracles because the Jewish people were being subjected to the curse of hester panim, Hashem hiding his face. So is hiddenness a good quality or not? Would Hashem reveal His presence in an ideal world or modestly hide it? How can we resolve this contradiction? 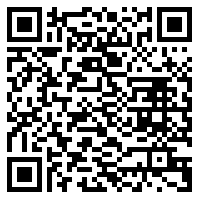