Chapter Forty-nine, the next to the last chapter in the Book of Genesis, describes the summoning of Jacob’s sons to their father’s bedside to hear his farewell words.

Through short, metaphoric, somewhat obscure speeches to his sons- wrongly referred to as blessings – the patriarch conveys his take on life.


An example of the aforementioned observation is verse 18

“I hope for your salvation, O Lord”

Jacob Neusner, one of the most knowledgeable and prolific academic rabbis of our times, made the incisive commentary that this is the message that imparted to Judaism its final and distinctive definition. Israel’s task is to hope. For a Jew it is a sin to despair.

“The Jews’ assigned task within humanity,” he said, “has been, despite everything, to endure and abide in perfect faith and trust: to hope. That is what it has meant to be Israel.”

The patriarch does not fail to see the depth of human evil. He acknowledges the frailty of his sons’ good intentions and their great capacity for evil. Yet, he is not pessimistic, neither resigned.

“Whence did Jews get their amazing capacity to stand above all their troubles, never to give up, never to lose hope? Asked rabbi Elyahu Eliezer Dessler, the mashgiach ruchani (“spiritual counselor”) of the Ponevezh yeshiva in Israel. His answer: This is our heritage from our saintly forefathers who accepted in life everything that was sent them by the Almighty.”

Rabbis Emil Hirsch and Joseph Jacobs sum it up: “For all its realism, Judaism never advised passive resignation, or the abandonment of and withdrawal from the world. It rejects the theory that the root of life is evil, or that man and life and the world are corrupt as a consequence of original sin. Its optimism is apparent in its faith in the slow but certain uplifting of mankind, in the ultimate triumph of justice over injustice, and in the certain coming of a Messianic age.”

Every human being who, after the sorrows and tribulations of a long- lived life can hand this message over to his or her children, is in possession of the Jewish spirit. 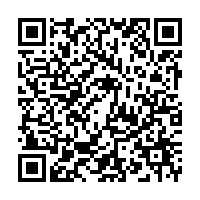