Most of the year, the haftorah is thematically connected to the parshah. During the Three Weeks, however, we read haftoros (the “t’lasa d’puranisa”) that have no connection to the weekly parshah. The last of these three haftoros starts, “Chazon Yeshayahu – The vision of [the prophet] Yeshayahu” – which gives this Shabbos its name: “Shabbos Chazon.”

Every aspect of our Torah – even a seemingly incidental custom – is precise and significant. Since Jews customarily call this Shabbos “Shabbos Chazon,” we may assume that on this Shabbos some vision is accessible to all Jews.


What vision is that? Every year the Rebbe would cite an answer given by the renowned Rabbi Levi Yitzchok of Berditchev – that on this Shabbos, a distant vision of the future Beis HaMikdash is shown to every Jew. Rabbi Levi Yitzchok explained his answer with a parable:

A father had an expensive garment made for his son. The son, however, misbehaved and the garment got torn to pieces. His father had another garment made for him, but the son got that one torn, too. His father then had a third garment made, but he didn’t give it to his son to wear; instead, he showed it to him on rare occasions, telling him that if he behaved well, he would eventually wear it. That way, he accustomed his son to behave properly until such time that behaving well would become so natural to him that he would be given the garment to wear.

Both the first and the second Beis HaMikdash were destroyed because of our misdeeds. Subsequently, Hashem constructed the third Beis HaMikdash in heaven and withheld it from us until such time that we will deserve it. To arouse our yearning to possess this priceless treasure, Hashem shows us once a year – on Shabbos Chazon – a distant vision of it, inspiring us to conduct ourselves properly so that we will merit attaining it.

One might ask: To perceive this exalted vision, a person has to be at an extraordinarily high spiritual level. Most of us aren’t on this level and don’t actually see it, so what’s the point of telling us we’re being shown this vision?

The Rebbe answered citing the Talmud’s explanation (Megillah 3a, Sanhedrin 94a) on Daniel 10:7: “I, Daniel alone, saw the sight, and the men who were with me did not see the sight, but a great fright fell upon them and they fled to be hidden.” “Since they didn’t see,” asks the Talmud, “why were they frightened?” It answers, “Although they didn’t see, their mazal [spiritual source] saw.”

Similarly, the source of our soul – which far transcends the level of the soul in our body – perceives the vision of the future Beis HaMikdash, and that seeps down to the soul within our body, inspiring us to improve our conduct and grow closer to Hashem.

One might ask further: Why is this vision shown right before Tisha B’Av, when the Beis HaMikdash was destroyed, rather than on Shabbos Nachamu (after Tisha B’Av), which consoles us for the destruction and our exile?

The Rebbe explained that whenever Hashem’s presence is concealed, it is concealed for the purpose of a subsequent greater revelation. Chassidus offers the analogy of a great scholar who, in the midst of a profound lecture, suddenly grasps an even deeper intellectual idea. For a while, he stops explaining the subject matter while he delves mentally into the idea’s depth, exploring its details and wealth of explanation. Only after this interruption – during which his previous process of revelation is temporarily concealed from his students – does he resume his lecture, which now is substantially enriched by his new realization.

Likewise, over the course of our long exile, the best time to inspire us to bring about this exalted revelation is during the darkness close to our exile’s end. Hence the reason for us not knowing this explanation of Shabbos Chazon until the generation of Rabbi Levi Yitzchok.

May our heartfelt efforts finally bring our exile to a close. 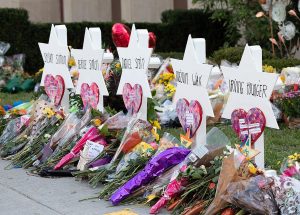 Edelstein to SNL: Israel Has Vaccinated More Arabs Than Most Other Countries 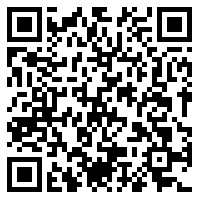