We began a discussion last month about the opening service we pray as the sun sets on Friday evening – Kabbalas Shabbos. We discussed the themes of the Psalms that were chosen to set the tone for the Holy day. Let’s continue our discussion of Kabbalas Shabbos. The only part of Kabbalas Shabbos that is not culled from the Book of Psalms is Lecha Dodi. This liturgical song was composed by Rabbi Shlomo HaLevi Alkabetz, one of the foremost kabbalists of Tzefat in the 16th century. His words are measured and laden with meaning. Let’s analyze some of the verses of this classic Shabbos hymn.


Lecha Dodi opens up with an enigmatic phrase which is actually the song’s refrain. “Come my Beloved to greet the bride – let us welcome the presence of Shabbos.” Who are the characters involved here? Who is the ‘beloved’ that we are inviting to join us, and who is the bride that we are greeting? The commentators agree that Hashem is the beloved and Shabbos is the bride. But why is Shabbos called a bride? Who is she marrying? And what do we mean when we invite Hashem to greet the Shabbos bride with us?

The answers to these questions are simple but profound. Shabbos is a bride because she is marrying us – the Jewish People. The significance of the marriage metaphor lies in understanding that a husband and wife complement each other. They provide for each other’s needs and help each other achieve their respective and mutual goals in life. If we think about it, Shabbos and the Jewish people also share that type of relationship. This can be explained as follows. The ideal state of the world is one in which everyone recognizes Hashem and cleaves to Him. This is what the Garden of Eden looked like before Adam and Eve sinned and were cursed to eat by the sweat of their brow. So now, in our new state of being, we need to work all week. But Shabbos is when we return to the ideal state where we rest from any form of creative labor in recognition of the fact that we really want to focus our lives on the Creator. Shabbos is our mate that enables us to take time off from all our labors. In this way we work together with the Shabbos bride, as partners, to achieve the ultimate goal.

This idea, that together with Shabbos we can achieve the initial and ultimate goal, is also alluded to in another verse of Lecha Dodi. The verse states that Shabbos was “last in deed but first in thought.” Meaning, although Shabbos came last in the days of Creation, far from being the least important, it it is rather the end goal! Together with Shabbos as our mate, we can spend time with Hashem and grow in that way we were meant to all along.

Now we can understand why we invite Hashem to greet Shabbos with us. It’s because Shabbos is not merely Saturday – a day off from work. Shabbos is not a day to just chill out and watch football. Yes, Shabbos is a refreshing day on which we relax. But it’s got to be with Hashem. Shabbos can be a day to veg. out, or Shabbos can be a 24-hour getaway with the Holy One. You make the guest list this for this vacation. Choose wisely.

So here’s a third thing you can do on Shabbos – sing Lecha Dodi. Use it as a tool to mentally place yourself in the ideal world which Hashem intended for us all along.

Let’s close out our discussion of Kabbalas Shabbos with one final theme contained in these prayers. Simply put, the theme is this: Hashem is fair and just. Here are a couple of verses in Kabbalas Shabbos that discuss this idea. “He will judge the peoples with fairness.” “The heavens will declare His righteousness.” “Mighty is the King who loves justice.” “When the wicked bloom… and doers of iniquity blossom, it is to destroy them till eternity.”

Why is this a Shabbos theme? While it is definitely true that Hashem is just and fair, is there a particular way that we learn this on Shabbos that it should be included in the tefillah? The answer is as follows. We’ve said before that Shabbos is called zecher l’maase Bereishis – a recall of the original creation. On Shabbos we testify that Hashem created the world. Now, one can ask – why did G-d create the world? Don’t omnipotent beings have everything and lack nothing? What does He gain from having our planet exist? The answer is – nothing. Hashem gains nothing from the world; He created the world solely to give good to others (us).

Now let’s take the next step. Very often we look around at the world and we see suffering. Let’s not deny it; there are lots of things going wrong for many people. Why does Hashem do this to us? Is He out of touch? Or is He sadistic? Shabbos is the answer to these questions. If G-d who created the world, that means He is omnipotent. If He was omnipotent, that means He still is – because you can’t lose a total power. If He is still omnipotent and therefore is perfect and gains nothing from the world, then it must be that He is giving us everything solely for our benefit. So even though it’s often hard to live in a world where things are tough, and we can’t always see G-d’s hand, Shabbos (as a zecher l’maase Bereishis) reminds us that Hashem is indeed good and fair to us all.

So here’s a fourth thing you can do on Shabbos – pray the psalms of Kabbalas Shabbos and use them to ingrain the philosophy that Hashem is just and only acts only for our benefit. 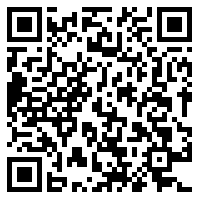