The 21st kinah of Tisha B’Av reflects on the death of the Ten Martyrs, highlighting the loss, not only of the Beis HaMikdash, but of our Torah sages.

The Medrash tells us that the Roman ruler who ordered the deaths of the martyrs insisted on studying Torah and came across the law (Shemos 21:16) that a person who kidnaps a fellow Jew and sells him into slavery is put to death. The ruler confronted Rabban Gamliel, the nasi at the time, and argued that great Torah sages had to die on account of Yosef being kidnapped and sold since no one yet had been punished for that crime.


Yosef’s brothers accused him of being a rodef and therefore believed he deserved to die. Reuven, however, was not sure they were correct and suggested throwing Yosef into a pit with dangerous snakes and scorpions. He noted that wild animals can kill ordinary people, but have no authority to kill a tzaddik. If Yosef is evil, said Reuven, he will be killed by the snakes and scorpions. If he is a tzaddik, however, nothing will happen to him and we will be saved from making a grave error.

The brothers liked the idea but were concerned. Since Yosef was one of the shevatim, they reasoned that Hashem might save him if he davened. They therefore removed Yosef’s clothes when they threw him into the pit so that he would be unable to pray. Without being able to pray, the only way Yosef would be saved was if he was a tzaddik, whom animals may not kill.

One would think that praying without clothing is permissible if one’s life is at stake. We learn from this story, however, that it is not. If Hashem wishes to save an individual, He will save him without the person praying if praying is prohibited.

An individual once accepted upon himself to recite Shir HaShirim for 40 consecutive days at the Kosel as a segulah. He realized at one point, though, that one of the 40 days was Tisha B’Av when one may not say divrei Torah. He asked the great gaon R’ Elyashiv whether he could say Shir HaShirim on that day anyway.

Subsequently, the brothers decided to sell Yosef into slavery. But they did so for a mere pittance. Considering that Yosef was handsome and talented, why didn’t they sell him for a huge amount of money? The answer is that Yosef looked battered and crushed when he left the pit. They were therefore unable to get much money for him.

The Medrash relates that Hashem did not want Yosef to be unclothed, so he sent the angel Gavriel to dress him in a garment that was even more beautiful than the acclaimed kesones passim. The brothers said they were only selling Yosef, not his shirt, but the Yishmaelim refused to buy Yosef without the garment. Ultimately, they agreed to give the brothers four more pairs of shoes in exchange for the garment.

Rav Go’el Alkarif says this transaction is the subject of a pasuk in Amos (2:6): “Because you sold a tzaddik who was down and out for a pair of shoes.” Originally, the brothers condemned Yosef for being a rodef, but in the end they were haggling over his clothing and extra shoes. For this sin, Hashem did not forgive them.

The special garment remained with Yosef all his days in Mitzrayim. When the incident occurred with the wife of Potifar, he left the garment behind with her and ran out. Afterwards, he took the garment with him to prison, and wore it before Pharaoh when he was freed from prison.

As Pesach approached, a young man in Yerushalayim found that he had no funds to cover his considerable expenses for the Yom Tov. He resolved to appeal to Hashem for parnassah from the depths of his heart. That day, at Minchah in the beis medrash, he intoned the words of “Barech aleinu…” fervently with deep emotion and intensity. And then, at the conclusion of Shemone Esrei in the tefillah of Yehi Ratzon, he mentioned in his own words the large amount he needed to properly observe Pesach.

Standing nearby was a well-do-to individual who had come from America to spend Pesach in Israel. Overhearing the words and tearful pleas of the young man, he approached him after davening and asked, “Would it be okay if I assisted you? Hashem has blessed me and I want to help you out.” He then arranged to meet him at his hotel where he gave him an envelope of money.

Some time later, the young man related the incident to a friend, who asked him, “Did you, by any chance, keep the address of the individual who gave you the money so you could go back to him when you need more?”

The young man answered sincerely, “Do you think I would turn to him for money? I asked for help from the King of Kings, HaKadosh Baruch Hu, and He appointed this man to be His messenger. Why would I need his address? It was not he who provided for my Pesach; it was HaKadosh Baruch Hu alone who fills our every need. He is our source to whom we pray at all times and in all situations. 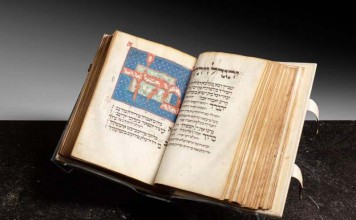 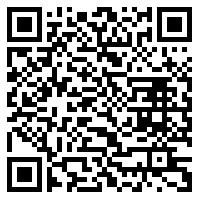