This is the first article of a new weekly column: transcriptions and adaptations of shiurim by Rav Joseph Ber Soloveitchik, zt”l. The Rav’s unique perspective on Chumash permeated many of the shiurim and lectures he presented at various venues over a 40-plus year period. His words add an important perspective that makes Chumash in particular, and our tradition in general, vibrant and relevant to our generation.


The commandment to build the Beis HaMikdash was one of three mitzvot we were commanded upon entry to Eretz Yisrael: to build a Beis HaBechirah, to appoint a king, and to eradicate Amalek. The Mikdash had a two-fold purpose, as noted by the Rambam (Hilchos Beis HaBechirah 1:1): a) as the place where sacrifices were to be brought; b) as the destination for the triennial pilgrimages at each of the three festivals. Both these roles are part of the identity of the Mikdash. These attributes applied to each Mikdash regardless if it was a temporary one (e.g. the Mishkan in the desert, Nov, Shilo, Givon) or a permanent one (Yerushalayim).

Another aspect of the obligation to build a Mikdash was to erect a Beis HaBechirah, a permanent house which can never be substituted for and whose place can never be changed. Based on the verse “L’shichno sidrishu u’vasa shama” (Devarim 12:5), once Jerusalem was selected, it became the sole place where the Temple could be erected (see Rambam, ibid).

On the other hand, the Mishkan, by definition, was a temporary, transient dwelling. The Torah did not specify when the transition from Mishkan to Mikdash (Beis HaBechirah), from temporary to permanent status, was to take place. No prophet ever spoke about this changeover.

The notion of a Temple, as either a temporary dwelling or as a permanent building at a specific site, is inherently difficult to understand. How can Hashem, the paradigm of perfect sanctity, coexist with our mundane, flawed universe? Infinity with the finite? Yet Hashem commanded us to build Him a Mikdash.

The Midrash notes that Moshe raised the same question when commanded to build the tabernacle in the desert. Moshe was frightened by the request! How can Hashem, infinity, coexist with man, especially in the small confines of the Holy of Holies where the Shechinah rested within a square cubit, so to speak? The heavens cannot contain the infinite glory of Hashem, how will the limited space of the Mikdash contain Him? The Midrash says that Hashem answered that just as Hashem carries the world, not the reverse, Hashem is capable of contraction, tzimtzum, and can rest quite comfortably even in the small space above the Kapores.

Moshe requested that Hashem teach him how can infinity exist in a finite space (“Haraini na es kevodecha” [Shemos 33:18]). Hashem told Moshe that while He will grant him great wisdom and show him things that no other human will ever see or know, Moshe must understand that there can be no answer to that question. Likewise, Moshe had to realize that when Hashem commands “build a Mikdash for Me,” he must accept the will of Hashem, even though he will always have the question of infinity within finite.

Shlomo Hamelech raised the same question and incorporated it into his prayer of dedication at the consecration of the first Temple. Is it possible to build a house for Hashem in this finite world (Kings I, chapter 8)? Shlomo did not seek an answer to his question, nor did he offer one. After raising the question, he changes the topic, asking Hashem to accept prayers offered through the Temple. He enumerates various circumstances that precipitate a need for prayer. He includes war, famine, disease, and affliction among the instigators of prayer. 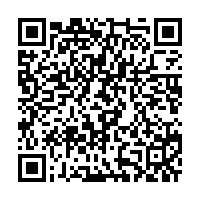