“Speak to Bnei Yisrael and let them take for Me a portion, from every man whose heart inspires him to generosity…gold, silver, and copper; turquoise, purple and scarlet wool; linen and goat hair; red-dyed ram skins, tachash skins, acacia wood, oil, spices, incense; shoham stones and stones for the settings” (Shemos 25:2-7).

The most expensive and valuable of these items were the shoham stones and the stones for the settings – the Talmud (Kiddushin 31a) says they cost 800,000 gold dinars – but they are listed last in this long list. Why?


The Ohr HaChaim answers this question and in the process teaches us a fundamental principle. He explains that these stones were donated by the nesi’im who didn’t have to expend any effort to attain them; the Talmud (Yoma 75a) tells us that they were brought to the nesi’im by the Clouds of Glory. All the other contributions were brought by average members of the Jewish nation who exerted themselves to bring them. Their contributions were thus more significant and therefore listed first.

The Torah tells us that these donations came from people who were generous of heart. Goodness and charitableness were integral components of the donations as indicated how much effort was involved.

Rav Chaim Shmulevitz observed that the essential element of avodas Hashem is effort and travail. The greater the effort and exertion, the more precious the avodah is to Hashem and the more significant it therefore is.

The Talmud (Bava Metzia 38a) states that a man prefers one measure of his own produce to nine of his neighbor’s. Rashi explains that his own produce is particularly special to him because he toiled to attain it.

The value inherent in effort also explains why we bow when we bring bikkurim to the Beis HaMikdash, explains Rav Chaim Shmulevitz in his Sefer Chaim SheYesh Bahem. He points out that prostration is required for no mitzvah in the Torah other than bikkurim (“and you shall lay it before Hashem, and you shall prostrate yourself before Hashem” – Devarim 26:10). Bikkurim comes after a person has exerted himself plowing, planting, fertilizing, threshing reaping, and selecting. Is there any more exalted degree of giving? asks R’ Chaim. Certainly, such a selfless expression merits prostration before Hashem.

In the Talmud (Berachos 35a), R’ Levi raises a contradiction. Tehillim 24:1 states, “The earth and all it contains belongs to Hashem,” but Tehillim 115:16 states, “The heavens are Hashem’s and the earth He has given over to mankind.” Which one is it?

R’ Levi answers that before a person says a blessing, the earth belongs to Hashem. After he says a blessing, the earth belongs to man. But since the world isn’t really man’s, when he gives something to Hashem, he is not really giving away his own possessions. In fact, the Chasam Sofer teaches that man cannot give Hashem anything physical; the only thing he can give is his generosity.

The Medrash tells us that when Moshe Rabbeinu had difficulty understanding the mitzvah of machatiz hashekel, Hashem showed him the appearance of a coin made of fire. Our sages tell us that the fiery coin represented passion. The real contribution is intense love and fervor for Hashem with which we give.

The renowned Ohev Yisrael wanted to know who his neighbor would be in Gan Eden, and it was revealed to him that it would be a shepherd from a faraway village. Thinking he must be an extremely holy and exalted person, the Ohev Yisrael traveled to the village to see him.

When nothing at all came to light, the Ohev Yisrael decided one day to quietly follow the shepherd when he took the flock to graze. At first he saw nothing unusual. But then suddenly, without warning, the shepherd began to wildly jump up and down with great fervor. As he leapt about, he vigorously and repeatedly shouted one word, “Tamei!” He did this for a long time until he fell to the ground totally exhausted.

The Ohev Yisrael was shaken and absolutely mystified. He had no choice but to approach the shepherd and ask for an explanation. Realizing the spirituality of the rabbi standing before him, the shepherd explained:

“I was born in a village not far from here and was orphaned at a young age. I couldn’t learn in cheder and grew up not knowing how to daven or say a beracha. I didn’t learn much about Yiddishkeit. But one thing I do know. I am part of the chosen nation that is beloved by Hashem. I know that Hashem loves me very much. I have a burning desire to reciprocate that love.

“I know there are various ways one can come close to Hashem, but I am not learned in those ways. I only know one word from the Torah that I heard in my youth when they read the Torah in shul. I am connected to that word, even though I don’t know what it means. I have embraced that holy word from the Torah and every day I sing that word and dance before Hashem to demonstrate to Him my great love for my Father in Heaven.”

Astounded, the Ohev Yisrael reverently hugged his future companion in Gan Eden. He instructed him to continue his holy service with one caveat. He suggested that the shepherd replace the word “tamei” with “tahor.” 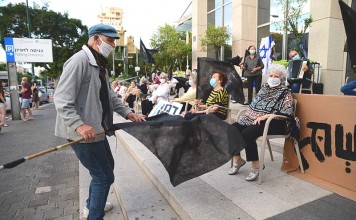