With no one to continue his family, Rabbi Shimshon Chaim let it be known that his sefarim with the name Zera Shimshon would carry on his legacy, imparting unique insights and profound lessons to all of Klal Yisrael.


He beseeches people to study his writings and promises they will be granted family, life, wealth, and honor if they do so. Indeed, the evidence of people experiencing simchos and yeshuos after learning his sefarim is remarkable. Much enthusiasm and interest in learning his sefarim now exists with shiurim given on many continents in multiple languages on numerous media platforms.

I personally have been giving a daily shiur on Zera Shimshon for the last year and a half. Each day at 4:00 p.m., I teach 1,000 people over a conference call in a united learning experience. People call and e-mail me regularly to share the powerful impact the Zera Shimshon shiur has had on their lives.

Rabbi Shimshon Chaim’s yahrzeit is on the 6th of Elul. The following dvar Torah comes from his writings:

“If a bird’s nest happens to be before you on the road … you shall send away the mother…” (Devarim 22:6-7). The Talmud (Berachos 33b) states that if a chazzan says, “Just as You have mercy on a bird’s nest so too You should extend Your mercy to us,” he should be silenced. The reason given is because he is implying that the mitzvah of shiluach hakan is an expression of mercy when it is actually a decree of G-d that must be fulfilled without inquiring into its reason.

This explanation, though, is difficult to reconcile with the Medrash Rabbah, which says that just as Hashem is filled with mercy for animals, He likewise is filled with mercy for birds. Evidently, the essence of the mitzvah of shiluach hakan does concern mercy. The Medrash furthermore says that the reward for some mitzvos is honor, for others the reward is riches, and for this mitzvah the reward is children, as the Torah says: “and take the children for yourself.”

The Zera Shimshon explains why one is rewarded specifically with children for the performing of this mitzvah. He notes that the Medrash also says that one who fulfills the mitzvah of shiluach hakan hastens the coming of Moshiach, as Malachi 3:23 states, “Hinei anochi sholei’ach lachem.” Meanwhile, the Talmud (Yevamos 62a) states that Moshiach won’t come until all the souls destined to be in a human body are born. Thus, if the arrival of Moshiach is hastened by performing this mitzvah, undoubtedly one will merit children so that all the souls are born sooner and Moshiach can come.

The Zera Shimshon cites the Zohar to explain the connection between Moshiach arriving and fulfilling the mitzvah of shiluach hakan. When the mother bird is sent away, she is anguished and distressed and wanders about mourning the loss of her children, wishing to kill herself. Feeling her pain, the angel over birds asks for mercy from Hashem, who is then overcome with compassion, and says: “If this angel is requesting kindness on behalf of the bird over whom he is appointed, I, the merciful father, should certainly have mercy on My children.”

Although the one who fulfilled the mitzvah ultimately aroused mercy, the essence of the mitzvah is not about mercy. The fundamental mitzvah is to execute the decree of Hashem. In fact, shiluach hakan may even seem cruel because the act causes pain to the mother bird. Thus, a chazzan who invokes Hashem’s mercy on a bird’s nest is silenced. The compassion only comes after the mitzvah has already been performed when the angel cries to Hashem on behalf of the bird.

Ron grew up in Bnei Brak in a non-religious home. Although he was curious about Judaism, he never explored it. One day he made the acquaintance of a woman who was converting to Judaism. There was a possibility she was actually of Jewish ancestry, but the facts were never properly looked into. After she converted, the woman remained unobservant, but the two eventually got married because Ron himself was not religious.

A few years later, the couple moved to America. One day, Ron happened upon a Torah class given by a popular maggid shiur and was enthralled. After the presentation, Ron struck up a conversation with the speaker. He explained that lately he had become conflicted because he was slowly becoming a little more religious, but his wife was content with the status quo. More importantly, though, a rift had developed between the couple after the mohel for their son challenged the legitimacy of the conversion and refused to perform the bris milah. Ron’s wife was deeply offended and became disenchanted with Judaism as a result.

One day, Ron heard about an e-mail that was sent out daily with a random mitzvah to be studied that day. Ron’s wife reluctantly agreed to subscribe to it in an effort to learn a little more about Judaism.

As soon as they signed up, the first e-mail popped into their mailbox. Incredibly, out of all the mitzvos that could have been selected, the mitzvah of the day was “v’ahavta es ha’ger – love the convert.” The woman was extremely heartened by this development and saw it as a sign from heaven that she was indeed a true convert to be loved by her fellow man.

The Talmud tells us that Hashem has many emissaries. Certainly, the compassion of heaven is sent to this world in many different ways – a manifestation of Hashem’s bountiful mercy and benevolence. 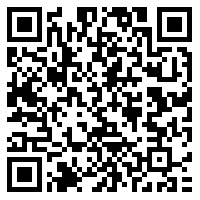