“You shall teach them thoroughly to your children ….” (Devarim 6:7)


Teaching children is a very broad term that encompasses many areas, such as imparting knowledge, inculcating values, developing and training the mind. Although children spend the majority of their days in school, most of their true education is gained in the home, where the parents are the exemplars that the children eventually emulate. Thus, a child needs conscientious and mindful guidance from a very young age to elicit his maximum potential.

Every child, no matter his strengths and weaknesses, can grow up to be an outstanding individual. The pasuk (Tehillim 19:8) tells us, “The testimony of Hashem is trustworthy, making the simple one wise.” One’s greatness is not contingent on his IQ or scores on standardized tests. It is Hashem’s Torah that guides man to his intended destination in Hashem’s world.

An elderly woman once appeared to the Chasam Sofer in a dream and told him that she had cared for him the first three years of his life, and now she had no one to recite Kaddish for her. She noted that he was held in high esteem in Heaven, and his divrei Torah were greatly revered. Giving him her name and her father’s name, the woman requested the Chasam Sofer to say the Kaddish for her.

From that day forward, the Chasam Sofer faithfully recited Kaddish for her soul every day. He had strong feelings of hakaras hatov (appreciation) for the care she had provided him. A while later she reappeared to him in a dream, shining with the brilliance of the sun, and informed him that he could stop reciting Kaddish because its objective had been achieved, and she could not ascend any higher.

Obviously, when the Chasam Sofer had been a child in this woman’s care she had never contemplated the possibility that he would grow up to be a Torah giant whose writings would be studied for all generations by people around the world. Nor did she consider the prospect that he might recite Kaddish for her soul.

In Divrei HaYamim I (16:22), Hashem says, “Do not touch My anointed ones, and do not harm My prophets.” Our sages teach us that the “anointed ones” are the school children who have the capacity to be the Melech haMoshiach; girls can become like Sarah Imeinu. Imagine how judicious and attentive a parent or teacher would be if they knew that the child in their care is the future Chofetz Chaim, Gerer Rebbe or Chacham Ovadiah Yosef. There is no way, though, to know the future of the child whom we are caring for, or whom we are educating in the classroom. It is our obligation, therefore, to give them the ultimate chinuch and concern.

The Zohar relates an extraordinary episode concerning the value of a neshamah.

R’ Abba once noticed a child playing in the streets. He asked the boy his name and then inquired, “If I take you to yeshiva would you learn Torah?”

The boy, Yosi, asked, “How much would you pay me?”

R’ Abba was very anxious to save his soul, and answered, “Whatever you ask for.”

The boy asked for twelve bottles of gold coins, and R’ Abba agreed.

Yosi began to learn with great enthusiasm, anticipating the substantial reward that he had been promised. He continued for many years, and all who knew him were deriving great nachas from his success. Only the yetzer hara was deeply disappointed, as the relationship the two had enjoyed had been severed.

The Evil Inclination badgered him, “Do you really believe that R’ Abba will give you those twelve bottles of gold coins? He doesn’t even have twelve bottles.”

Yosi became upset, and stopped learning. When R’ Abba saw Yosi with his head on the table, he worriedly asked him, “What happened?”

“Do you remember you promised me twelve bottles of gold coins when we first met?” asked Yosi.

R’ Abba replied, “I promised you I will give you the money, and you can trust me. Return to your learning.”

R’ Abba was troubled, though, because he, in fact, did not have the money, and when he came home, he confided his concerns to his wife.

“Don’t worry,” she said, “If you trust in Hashem, He will provide, as it says (Iyov 4:5), ‘And now when it [the test] befalls you, you become weary? It touches you and you are bewildered!’ There is no need for agitation.”

As they were eating their evening meal, there was a knock at the door. An elderly man, with a bundle on his back, stood in the doorway, crying that he had a matter of life and death to discuss with the Rav.

The elderly man revealed that the past Shabbos R’ Yochanan had expounded in the bais medrash that one who did not have a daily established time for Torah study would have difficulty standing at techiyas hameisim (resurrection of the dead). “I have been a farmer for seventy years and have been prosperous. What will I do with this wealth?” he cried as he emptied his bundle of gold coins on the table. “I cannot take it with me. Perhaps you can buy a little Torah with this gold,” he begged.

R’ Abba’s eyes lit up as he told the old man about Yosi, and an agreement was reached whereby the elderly man could assure his share in olam haba and Yosi would acquire the gold coins he had been promised.

Years passed and Yosi became one of the greatest sages of the yeshiva. One day, however, he cried out, “Where is that elderly man? I hope he is still alive!’

“I just learned (Talmud Yerushalmi) that R’ Brachya states that all the gold in the world is not equivalent to the magnificence of one word of Torah. How foolish I was to sell fifty percent of my Torah to that elderly man for his gold coins. It was an erroneous transaction!”

Although R’ Abba tried to calm him down, Yosi refused to be placated. The search began for the elderly man, and he was eventually found.

The elderly man would not accept renunciation of the deal, and an argument ensued. R’ Abba then noted with a smile, “I see that there is great joy in Heaven. Let the gold be distributed to the poor, and you will both merit a wonderful share in the World-to-Come.” 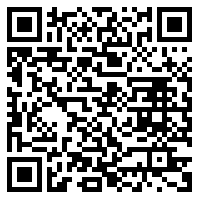