The Chasam Sofer offered a deeply insightful interpretation of this pasuk. He noted that often things happen to us that are difficult to reconcile with – or seem to defy – our understanding of Hashem’s providence in this world. Why is so-and-so suffering adversity? Why is he enduring anguish?

Many years later, though – sometimes even generations later – a person looks back at these events and the reason for them is clearer. Often, he realizes that his distress actually led to a positive result in the end, and he gratefully thanks Hashem from the depths of his heart.

This phenomenon is alluded to in the pasuk above, said the Chasam Sofer. After time has passed, “you will see My back.” But you won’t understand the logic of events as they occur because “My face may not be seen.”

This explanation is cited by the Sefer Chut HaMeshulash in recounting details of the Chasam Sofer’s life. When the young Moshe Sofer came to Pressburg to study Torah as a bachur, his room and board was provided for by one of the wealthy members of the community. At the time, French soldiers were also billeted at his benefactor’s home, and one of them took a great interest in the young man and requested that he study with him. In payment, the soldier offered to clean his clothes and be of general assistance.

Unable to refuse, Moshe Sofer agreed to the unusual arrangement. Thirty years later, the Chasam Sofer was the renowned rav in Pressburg and war broke out between Austria and France. False allegations were lodged against the Chasam Sofer and he was brought to trial.

When the presiding judge saw the Chasam Sofer, he immediately recognized his learning partner of long ago and called him into his private chambers where he promised him that he would be vindicated and freed. It was then that the Chasam Sofer offered this explanation of the pasuk above.

This story should inspire a person and bolster his emunah and bitachon in Hashem; he shouldn’t become dispirited as he faces reversals and upsets in life.

The Piaseczno Rebbe, also known as the Aish Kodesh, makes an interesting observation. He notes that the Torah begins with the words, “Bereishis bara Elokim – G-d [alluding to His divine attribute of strict justice] created the world” and ends with “l’einei kol Yisrael – before the eyes of all Israel.” Often, events seem to unfold in a harsh manner. But, in the end, says the Aish Kodesh, everyone will recognize the Divine Providence involved.

The Piaseczno writes that, in fact, all beginnings and conclusions are connected – the beginning of one mesechta is linked to the end of the previous mesechta, the beginning of one parshah is related to the end of the preceding parshah, etc. We pray to Hashem, especially in these days, that we merit to understand events through the prism of Torah and to truly appreciate the Divine Providence of events from the outset.

A letter was received in a post office addressed to the “L-rd, may His Name be blessed.” The employees didn’t know where they should deliver the letter, and, as there was no return address, they couldn’t return it to the sender.

The mail handlers gave the letter to their supervisor, who didn’t know what to do with the letter either, so he submitted it to his superior. Governors throughout the kingdom were consulted until finally the matter was brought to the king himself.

The child was brought to the palace, where the king asked him, “Please tell me, dear child, why didn’t you sign your name at the end of the letter and write a return address? We had no idea who you were.”

The young boy’s response amazed everyone. “Truthfully, my master, the king, I wrote this letter to Hashem who lives alone in the heavens. I believe with all my heart that He knows everything, and I only need to state my request. There was no reason for me to write my name or address.”

The king was very impressed by the young boy’s words and decided to help him find his parents. Using all his resources, the king was indeed successful in reuniting the child with his parents.

R’ Shabse observed: How great is the power of pure emunah of one who clings to the living Hashem. The child wrote to the King of kings and his prayers were, in fact, answered. 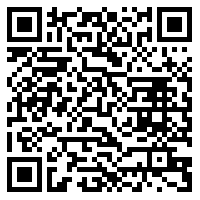