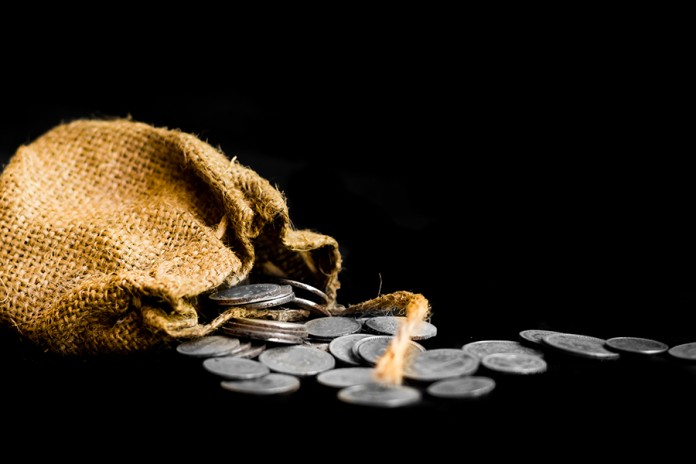 The consequence of the harsh decree of our bitter exile is that we are dispersed among the nations and we begin to assimilate their offensive conduct and abominations. It is noted that when the Torah describes the idols, it does not refer to the fact that they also do not speak. Why?

The Vilna Gaon offers an insightful explanation, citing the episode concerning Daniel’s interpretation of Nevuchadnezzar’s dream. One night, Nevuchadnezzar had a disturbing dream which he couldn’t recall upon awakening. He summoned all his advisors and wise men but they could not explain his dream. Daniel successfully interpreted the dream, telling him of the huge and awesome statue he had seen, whose head was made of gold, its chest and arms of silver, its belly and thighs of bronze, its legs of iron, and its feet of iron and clay. Daniel reminded him that he saw the feet of the statue struck and crushed by a stone, whereupon the entire statue crumbled and a wind carried off the pieces until there was no trace left of the statue. The stone, though, grew into a great mountain and filled the whole earth.

Daniel explained that Nevuchadnezzar was the head of gold. But other inferior kingdoms would arise, as represented by the silver and bronze. The fourth kingdom would be as strong as iron and crush the others. At that time Hashem would redeem His nation and establish a kingdom that would crush all the others and last forever.

To negate this interpretation Nevuchadnezzar built an immense statue made entirely of gold. Into the mouth of the statue he inserted the tzitz (an ornament that the kohen gadol wore on his forehead that was inscribed with the words “Holy to G-d”), which he had in his possession. He placed the statue in Dura and commanded everyone to attend its dedication. As the music played, the statue cried out, “I am Hashem your G-d.” Nevuchadnezzar hurriedly summoned Daniel to witness this phenomenon. When Daniel saw this, he asked permission to kiss the idol on its mouth. “Why on its mouth?” asked Nevuchadnezzar. Daniel replied, “Because it is speaking so beautifully.” Given permission, Daniel went up to the statue and said, “I am an emissary of Hashem and I warn you not to desecrate the Name of Hashem.” He then kissed the mouth of the idol, taking the tzitz from its mouth. When Daniel descended, a wind toppled the idol and it was smashed to pieces.

The Vilna Gaon refers back to our pasuk and expounds: In exile we have often seen gods of wood and stone created by man that do not see, hear, eat or smell. However, the idol of Nevuchadnezzar did speak and called out, “I am Hashem your G-d.” That is why Daniel came to seek the truth of Hashem and demanded that the tzitz abandon the idol. Hashem responded, “You sought Hashem with all your heart and soul, and indeed you found Him, exposing the treachery of Nevuchadnezzar.”

The Kerem Chesed elaborates further that at times the idol worshippers succeed in causing others to believe that the idol speaks, listens or cries, but in fact it is not so, as the verse says (Tehillim 135:17), “There is no breath in their mouths.” One must be very careful not to become inadvertently ensnared in such a notion.

I was recently consulted about a popular book on spirituality which, superficially, seemed innocuous. However, more than halfway through the book there was an allusion to being able to harness one’s spiritual powers by focusing on a specific object. Startled, the reader reached out to me. I cautioned him that the reference was absolutely intended to lure unsuspecting individuals to foreign worship, a practice that dated back to biblical times. When the Torah instructs (Devarim 13:18), “No part of the banned property may cling to your hand …” it means that we have to always be vigilant to avoid any connection with groups, songs, artwork, or philosophies that may be associated with avodah zarah (idol worship).

The family of R’ Shimon, a survivor of the Holocaust, had been wealthy artisans working with gold and silver. After the war, R’ Shimon came to Eretz Yisrael, and, with no other means of support, became a shoemaker. However, his income was meager and he had difficulty supporting his growing family. If circumstances did not improve, he would be forced to leave Eretz Yisrael to find another means of earning a livelihood.

One day a cleric entered the shop to offer R’ Shimon a lucrative commission crafting various religious objects and sacred vessels for his institution. R’ Shimon knew that he could not consider such a request and wanted to refuse instantly. However, he found it difficult to do so and asked the cleric to return the next day. After all, a generous source of income had finally come his way and he had many people to sustain. He prayed that he would be able to do the right thing.

A few minutes later, R’ Shimon went to the back of the shop, where his father-in-law was sitting and learning the Torah portion of the week. R’ Shimon related the entire conversation and the dilemma he faced. “I know it is something I should never do,” he said, “but how can I turn down this financial boon for our family?”

His father-in-law pointed to the page he was studying from the weekly Torah portion (Shemos 20:20), “… Gods of silver and gods of gold you shall not make for yourselves …” and commented, “You know we are forbidden to even derive any benefit whatsoever from them.”

R’ Shimon’s face instantly broke out in a great smile. He had, of course, instinctively known what was the right thing to do, but he was heartened by the Divine Providence that had guided his father-in-law to be learning those exact words.

When the cleric returned to R’ Shimon the next day, he was regretfully informed by R’ Shimon that he would be unable to fulfill his order. The cleric was disappointed, but R’ Shimon remained steadfast in his refusal.

Late that afternoon, a well-to-do American entered R’ Shimon’s shoe repair shop. He explained that he was seeking an expert silversmith to craft tashmishei kedusha, such as menorahs, candelabras, atzei chaim (Torah rollers), and the like, and R’ Shimon had been highly recommended.

R’ Shimon simply could not believe the turn of events he had merited. Hashem had obviously generously rewarded him for withstanding the test, and he now had an opportunity to earn a livelihood in a legitimate way. “It would be a great honor for me to accept the assignment,” exclaimed R’ Shimon. 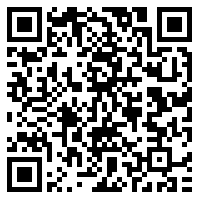