“Witness” recalls Pirkei Avos 2:1: “Consider three things and you will not come to sin: Know what is above you – a watchful eye, an attentive ear, and all your deeds are recorded in a book.” Hashem sees and knows all of man’s deeds.


An individual in the presence of a king will make every effort to make sure he doesn’t do anything improper in his proximity. Certainly, then, when a person is cognizant that he is in the presence of the king of kings – Hashem – whose holiness fills the universe, he will be strongly deterred from any thought of sinning.

“Can a man hide that I not see him?” asks Hashem (Yirmiyah 23:24). On Yom Kippur, we say repeatedly: “…that we sinned before You” – because everything we do is before Him. “The eyes of Hashem scan the whole world,” says Zechariah (4:10).

The famous Maggid of Ratzky tells of an individual who operated a private clandestine gambling establishment. As long as it took place on private property and was kept under wraps, the governor allowed it to function. One day, though, a major fair for all the surrounding villages was due to take place in town. The governor approached the enterprising individual and warned him that in no way should he consider setting up his gambling table at the market alongside the merchants selling their wares.

The operator protested that the governor was not barring merchants from offering flimsy baubles, knickknacks, and toys.

“There is nothing wrong if someone wants to make money from his merchandise,” replied the governor. “When a buyer gives a merchant a few pennies, he is getting something in exchange. You, however, attract people who end up losing all their money. I will not allow your fraudulent wheel of fortune to bankrupt merchants who finally made some money.”

Although the casino operator knew he could be severely punished – even imprisoned – he did not heed the governor’s orders. He could not resist the allure of all the available money, and when the fair opened, he joined it and opened his gambling enterprise.

On opening day, there was a huge ceremony, and the governor came to see how the various businesses in his district were faring. Imagine his shock when he saw the casino operator surrounded by many people standing around a table with large amounts of money in the center of it.

“Didn’t I warn you not to show up at the market?” he angrily shouted at the casino operator.

The operator pleaded, “You did, indeed. But I didn’t know you would come to the fair. If I had known, I wouldn’t have come.”

As more people began to crowd around the table to observe the confrontation, the casino operator called out, “Why are you standing here without doing anything? Place a coin on every number you think will win. Perhaps you will!”

The governor couldn’t believe the audacity of the man. He immediately called the police to arrest him and destroy his gambling table.

“Are we any different?” asks the great Maggid of Ratzky. David HaMelech says (Tehillim 139:8), “If I ascend to heaven, You are there; if I make my bed in the lowest depths, You are there.” We continue to transgress even though we know Hashem is watching.

But that’s why it’s so important to constantly think and truly take to heart, “I have set Hashem before me always” (see Moreh Nevuchim and the Rema at the beginning of Shulchan Aruch).

I would like to take this opportunity to thank the individuals who graciously donated to my Yom Tov Fund. The relief, the reassurance, and chizuk that your contributions provided to our brothers and sisters at this most important time of year were extremely heartwarming. If you haven’t had the chance to send in your contribution yet, it’s not too late. Please send it to 1336 E. 21st Street, Brooklyn, NY 11210. 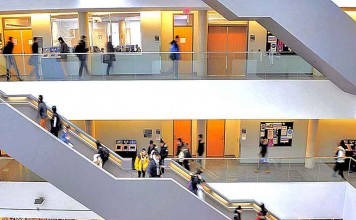 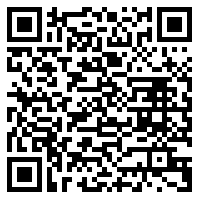