And Moshe said, “So said Hashem, at approximately midnight, I will go out into Mitzraim.” – Shemos 11:4

After a “natural” disaster, people speak with reverence. Even arrogant individuals, after living through a hurricane, tidal wave, or earthquake, have a sense of humility. Their reality has been changed, and they view life differently. Yet, when Pharaoh and Mitzraim experienced the makkos, that wasn’t their reaction.


The Egyptians lived through the most powerful manifestation of Hashem’s might. For months, they were afflicted while Hashem “played with” Mitzrayim. Two points were made clear: Hashem is the Master of Creation, and Moshe was the messenger of Hashem. Everything Moshe said would happen, happened – with precision and exactness.

Now, Hashem told Moshe that the final, most potent, makkah would come. “Tell Pharaoh that exactly at midnight, every first born in Mitzrayim will die.” Yet when Moshe approached Pharaoh, he changed the message; he said at “approximately” midnight the firstborn will die.

Rashi is bothered by this. Why did Moshe change the words Hashem used? He answers that Moshe was afraid Pharaoh’s astrologers would make a mistake. They would be watching the clock to see if Moshe’s prediction was accurate. Even though the firstborn would in fact die exactly at the stroke of midnight, the astrologers might have the wrong time and mistakenly assume it wasn’t midnight. They would then accuse Moshe of being a liar. To prevent this from happening, Moshe said “approximately at midnight.”

Telling Time in the Ancient World

This Rashi is very difficult to understand when we take into account the historical reality.

Today, we live with an acute awareness of time. We have clocks all around us, in every room and in every car, on pens, microwaves, computers, and cell phones. We can’t buy groceries or go to the bank without a date and time stamp adorning our receipts. We are constantly reminded of our point in time. And our chronometers are precise, down to the nanosecond. In short, we have good reason to assume our sense of timekeeping is accurate.

This wasn’t the way the ancient world kept time. During the day they used a sundial, which might have been somewhat close to almost accurate – sort of. At night, the only way to tell time was by gazing at the stars. Without computer-aided optics, measuring objects light years away is highly inaccurate at best.

Even if the Egyptians prided themselves on ingenuity and advancements, they had to know they were most likely wrong when it came to accurately knowing when midnight was. If so, why would they assume they were right and Moshe was wrong? If everything he had said up until then had been true, and they didn’t have a reliable way to know what time it was, why should they assume they were right and he was wrong?

The answer to this question is based on a quirk in human nature: we assume we are right – whether our opinion is justified or not – and we don’t want to hear otherwise. The ironic part of this is that we assume we are right whether we have really thought out our position or not. We assume we are right whether we really have evidence to the facts or it just happens to be the first thing that came to mind. We assume our position, whatever it might be, is correct. It’s just a given. And it is very difficult to get us to change our minds. We are heedless in the formation of our opinions, but once they are formed, we defend them as if our very lives depended on it.

The Mitzrim are a fantastic illustration of this concept. Moshe was afraid that if there were a discrepancy between his time and theirs, they would assume they were right and he was wrong. Even though he had proven himself again and again, even though all the other details about the firstborn dying were completely correct, there wouldn’t have even been a question in their minds. If they determined it was precisely 11:45, fifteen minutes before the prescribed time, and the firstborn started dying, clearly in their eyes Moshe would be a liar. Because of this, Moshe used the expression approximately so that they shouldn’t come to this mistake.

This concept has great relevance to us on a personal level. What happens when someone points out I did something incorrect? Am I able to deal with the concept that maybe I am wrong? Am I able to swallow the thought that I made a mistake? Part of becoming a bigger person is the ability to be teachable, to be big enough to understand that not everything I thought of is right. And not everything someone else says is automatically wrong just because it isn’t my way. If a person wants to grow, some of the most critical words he needs to tell himself are: Maybe I’m wrong. I have been wrong before. Let me look at it again…

When a person opens himself up to the idea he may have erred, he becomes far more pleasant, far more agreeable, and is on the path to true growth. 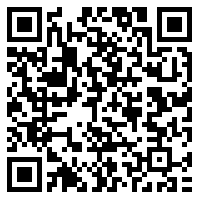