We have seen so much Jewish suffering at the hands of the nation of Yishmael over the past 120 years or so. This suffering has come as a result of Yishmael refusing to accept us settling and living in Eretz Yisrael. These past few months have been tragic and traumatic for the Jewish People.

Our haftarah for Chanukah, taken from the Navi Zechariah, has some clear connections to the Holiday of Lights and, as we will see, connections to our epic battle with Yishmael as well.


The Gemara (Megillah 31a) says we read this haftarah because it has Zechariah’s vision of a menorah. Rabbi Eli Wolf (Mah Shehaya Hu Sheyihiyeh, Volume 2, page 125) cites the Chasam Sofer and the Sfas Emes who say that this vision was alluding to the later holiday of Chanukah. The pasuk (4:2) says that Zechariah saw a menorah made completely of gold with seven lamps and, as Rashi explains, each of the lamps had seven ducts from which the oil would flow into the lamp. The result is that there were 49 small vessels with oil in them. Rabbi Wolf says that this alludes to supernal hidden light which we will experience in future messianic times, since this light is described as seven times more than the light of the seven days of creation (7×7 = 49). The Rokeach says this is why there are 49 letters in the pasuk (Bereishis 1:4) that tells us that Hashem hid that light until future times.

Rav Avrohom Kluger writes in his sefer Nezer Yisrael (Moadim, pgs. 189-202) that the ohr haganuz is very powerful on Chanukah. This is perhaps seen from the fact that we are not allowed to use the light from the Chanukah candles, whereas we are supposed to use the light of the Shabbos candles. As the Chanukah lights are based on the miracle in the Beis HaMikdash, they emanate from an era of total closeness with Hashem, geulah, and olam habah. We don’t use them for earthly purposes as they represent the closest we can get to the ohr haganuz while in this world. On Shabbos, we exist in olam habah to a small degree – Shabbos is mei’ain olam habah – which might be why we are allowed to use its light. Many (Maharal and others) state that the total number of Chanukah candles, 36, corresponds to the 36 hours that mankind felt the ohr haganuz in the world on the initial erev Shabbos (the 12 hours after Adam was created) and Shabbos (24 hours) of the seven days of creation.

There is an opinion that some wicks and oils that are forbidden to be used for Shabbos candles can be used for Chanukah. In a deeper vein, according to the Meor Einayim, this refers to some neshamos that are not inspired by the holiness of Shabbos but are inspired by Chanukah. Shabbos is a tremendous spiritual power but one must have a minimal openness to the “circuit” in order to “plug in” and recharge oneself. Some people have “wires” that are too dead to be able to feel the kedusha and impact of Shabbos. For those who have sunk so low and are incapable of having Shabbos inspire them, Chanukah can bring them up from their spiritual lowliness.

This is why, the Chidushei Harim explains, Chazal specifically enacted that melacha is permitted on Chanukah. Chanukah is a special and holy day, of course, but it is still a yom chol, part of the regular, mundane workweek. There are neshamos that are tied to the mundane and closed to growth from the holiness of Shabbos and Yom Tov. Chanukah comes to these souls, reaches down and lifts them up. 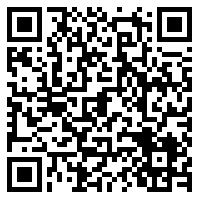