Historically, Israel was blessed with fearsome warriors. The ancient near east quaked in their sandals as the Children of Israel approached the borders of successive nations. There was the miraculous Exodus from Egypt and the Splitting of the Sea, which basically destroyed the mighty Egyptian empire.  Forty years later, there was the lightning-fast conquest of the lands of Sihon King of Emor and Og King of Bashan. The other nations learned that God was with Israel and that the new generation of Israelites was fearless.
However, what the non-Canaanite nations did not know was that God had given an express command for Israel not to attack the neighboring nations, not even to threaten them. This included not attacking Israel’s distant cousins, the Edomites, the Moabites and the Amonites.  Had Sihon and Og left Israel alone, if they would have let Israel pass through to Canaan peacefully, they too would have remained unscathed and unconquered.
Rabbi Hirsch (in the 1800s) on Deuteronomy 2:5 details:
“Israel is to take its place among the nations with a God-fearing respect for their possessions. Israel must not see itself as a nation of conquerors from whom no nation on earth will henceforth be safe. Rather, Israel must limit its military actions and prowess to the task of occupying that one sole land which God has intended for it and promised to it from the very outset of history.”
Israel has its Promised Land. Every other land is off-limits to Israel. Just as God assigned a particular land to the Jewish nation, so, too, He assigned other lands to other peoples. The Torah goes out of its way to detail the conquests of other lands that God facilitated for other nations.
There are people in the world who imagine that Israel has imperialistic designs or “Zionist plots.” Often these people and their theories are anti-semitically motivated and are disengaged both from reality, as well as from our very nature and founding as a people. In the end, they are either distorting reality for their own purposes or just clueless.
What we will fight for is to defend the land that God has finally returned us to, but we have no designs or interest in anyone else’s land.
May we remain steadfast in protecting our people and our land and may our enemies learn again to fear us.
Shabbat Shalom
Advertisement 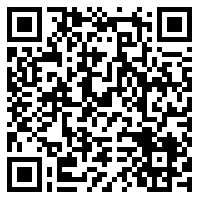