In the final section of this week’s parsha, the Torah lists the creatures that are permissible to eat (Kosher) and those that are not. For each category there are discernible signs (simanim) that indicate the creature is Kosher. Two for animals (cloven hoof, chews the cud), two for fish (fins and scales), four for birds (tradition, extra toe, crop, peelable gizzard) and two for flying insects (four mostly overlapping wings, 3 pairs of legs).

There are a disproportionate number of food-connected mitzvoth in the Torah in relation to any other category of mitzvoth. To be allowed to eat the food it is not sufficient that the animal be pure (as per the signs above), it must also be slaughtered in the correct fashion, it must not come into contact with something impure, it must not be hekdesh (edible only by a Kohen in the Mikdash), it must be a permissible time to eat it (waiting 6 hours between meat and milk, not eating on Yom Kippur), a blessing must be recited before eating, etc.


In a previous shiur (Vayikra) we discussed the fact that the yetzer harah rears its ugly head in circumstances related to food and the numerous mitzvoth help to keep it at bay. Today I would like to discuss an additional aspect of the focus of the Torah on food.

HKB”H created most of the human body with redundancy. We have two eyes, ears, nostrils, arms, legs, hemispheres in the brain, chambers in the heart, lungs, kidneys, reproductive organs, etc., the logic being – “if one fails, we have a spare.” There is one prominent organ however, of which there is only one – the mouth. There is tremendous power inherent in the mouth – it has the ability to create or destroy. What goes into our mouths (food) has the ability to build or chas vechalila to destroy, not only the body, but the neshama as well. Also what comes out of our mouth (words), have the ability to create or destroy.

The Gemara (Yoma 39a) on the passuk (Vayikra 11, 43) ונטמתם בם explains that by eating forbidden food, not only does it make you spiritually impure – it also makes you “stupid.” This is a very curious Gemara, because hard evidence proves the contrary. History is studded with geniuses of the stature of Galileo, Sir Isaac Newton. Einstein, Stephen Hawking, etc., all of whom ate neveilot and treifot and this did not affect their cognitive ability in the least.

So obviously the Gemara is not implying that it lowers the IQ of your brain, but rather of your neshama.

A prominent characteristic of the Kosher animals is that they all fall in the category of “the pursued” and not “the pursuer.” The very fiber of their being lacks cruelty. The science of nutrition mistakenly believes that food has no effect on your nature. Food can affect your mood, make you calm, irritable, etc., but it cannot change you from a generous person to a stingy person or from a kind person to a cruel person. The Gemara is saying that it can. When you eat food, some of it is absorbed and used, some is expelled and some of it becomes part of who you are.

The Midrash tells how Moshe Rabbeinu refused to suckle from the Egyptian mothers and Yocheved had to be brought in to feed him. The pure body of the person who would ultimately speak with HKB”H “face to face,” could not be contaminated with even one molecule of impure food. Some Mefarshim say that when the Egyptian mothers tried to feed him, a few drops trickled into his mouth. This is why, as an infant, Moshe reached for the bowl of glowing coals (instead of the bowl of gems) and placed them in his mouth – to do libun and kasher out the impurity, as one does when a vessel becomes treif.

According to Chazal (Bava Batra 75a), in the time of the Geulah HKB”H will, as it were, serve us with a special seudah with food made from the Livyatan and wine preserved from the six days of Creation. The only people who will able to participate in this feast will be those who preserved the purity of their body and neshama by eating only the permissible foods.

Just as the animals have two signs of Kashrut, so too do we humans – the two pipes connected to our mouth, the food pipe (esophagus) and the wind pipe (larynx). These two simanim indicate how Kosher we are, by virtue of what goes into our mouths (in this week’s parsha) and what comes out of our mouths (in next week’s parsha, that deals with lashon hara).

The Lechem Hapanim in the Mikdash was shaped to look like a mouth (Meir Panim, chap. 4). The fact that there were two stacks of “mouths” on the Shulchan reflects the above duality. Similarly the pipes underneath, supporting the breads, are reminiscent of the pipes connected to our mouths. To merit prosperity by virtue of the Shulchan Lechem Hapanim, the integrity of this structure had to be maintained.

Parshat Hashavua Trivia Question: Which four animals listed in the parsha are reminiscent of the four periods of galut?

Answer to Last Week’s Trivia Question: The Murbechet was boiled and then baked (and then also fried). According to the Ramban, the dough was kneaded with boiling water (using a spoon). According to the Rokeach the dough was kneaded with regular water, shaped and then dunked into a container of boiling water. This is most probably the conceptual origin of the Jewish bagel. 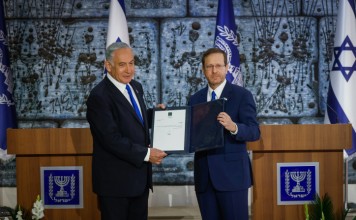 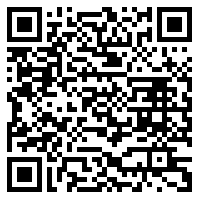