The entire book of Devorim is Moshe Rabbeinu’s last will and testament to his beloved Klal Yisroel, and was recited during the final five weeks of his life.

Moshe began by recounting the many sins the nation had committed during the previous forty years. However, in order not to embarrass or offend his listeners, he did not mention the sins explicitly, but rather alluded to them discreetly. There were, however, two sins that Moshe recounted candidly, explicitly mentioning both sin and consequence. First, Moshe lamented his inability to deal with the burdens of the nation on his own. “I said to you at this time as follows: I cannot carry you alone…How can I alone bear your contentiousness, your burdens, and your quarrels? Provide for yourselves distinguished men, who are wise, understanding, and well-known to your tribes, and I shall appoint them as our heads.” Moshe was pained that the nation requested and required judges and officers who could transmit the Word of G-d to them. Now the people would be taught by students instead of the teacher.

Moshe also addressed the pernicious sin of the spies. “All of you approached me and said, ‘Let us send men ahead of us and let them spy out the Land, and bring word back to us’…the idea was good in my eyes, so I took from you twelve men, one man from each tribe…But you did not wish to ascend and you rebelled…You slandered in your tents and said, ‘Because of Hashem’s hatred for us did He take us out of the land of Egypt, to deliver us in the hands of the Amorite to destroy us’…”

The night when the spies returned and delivered their slanderous report, causing the nation to weep and lose faith, was the ninth of Av. Rashi relates that G-d responded, “You cried tears for nothing; I will cause you to cry for generations” (Tehillim 106:27). The ninth of Av became a harbinger of the numerous tragedies we would suffer throughout the exile. The endless rivers of tears that our nation has shed in exile are compensation for the unwarranted tears that our ancestors shed on that night.

Rashi notes that the tragic outcome of the debacle was rooted in Klal Yisroel’s approach. The nation approached Moshe in a disorderly and disrespectful manner, with the youth pushing ahead of the elders, and the elderly pushing ahead of the leaders. Sforno adds that while their request was not completely outlandish, it should have been broached by the sages and leaders, not demanded by a raucous and rambunctious mass.

Rabbi Yitzchok Sorotzkin zt”l notes that Rashi’s insight is the key to understanding why Moshe explicitly recalls these events. Both sins are interconnected, in that they essentially resulted from the same initial mistake – Klal Yisroel’s approach! In both instances, they were convinced of the veracity of their arguments and demanded compliance. Both times they undermined the leadership of the nation and sought to undermine the authority of Moshe Rabbeinu. When Klal Yisroel loses respect for its leaders, it is a tragedy of utmost proportions. Therefore, in referring to these two particular sins, Moshe chose to be clear and unequivocal.

Twice a year during our tefillos we recount in detail the tragic debacle of the Asarah Harugei Malchus – the Ten Martyrs. On Yom Kippur, after detailing the avodah in the Bais HaMikdash, we recite a piyut beginning with the words “These I shall recall.” Then on Tisha B’Av, we recite a kinah detailing their tragic deaths, which begins with the words “Cedars of Lebanon, Mighty ones of Torah.”

Rabbi Yosef Dov Soloveitchik zt”l (Harerei Kedem, Vol 2, p. 309) explained that although the basic story is the same, there is a difference in our reason for mentioning it during the prayers of these two days.

On Yom Kippur our focus is on repentance and forgiveness. The Gemara (Mo’ed Katan 28a ) states that the death of the righteous affects atonement for the sins of Klal Yisroel tantamount to the sacrificial service. After reviewing the avodah performed in the Bais HaMikdash on Yom Kippur, we recount the story of the Ten Martyrs to further bolster our prayers and hopes that G-d will grant us atonement. Thus, throughout the piyut on Yom Kippur, there is constant beseeching that G-d forgive us.

The Gemara (Rosh Hashana 18b) also states that the death of a righteous person is a tragedy tantamount to the destruction of the Bais HaMikdash. On Tisha B’Av, when we mourn the epic loss of the Bais HaMikdash, we also mourn the untimely and tragic deaths of these ten great men, each of whose passing was a loss equivalent to the loss of the Bais HaMikdash. On Tisha B’Av, we mourn our lost glory, which includes the loss of our Torah leaders. This is why the kinah opens by depicting the great sagacity and scholarship of the Ten Martyrs, and refers to them with glowing adjectives, e.g., “The most desirable in Israel; the holy vessels.”

The Medrash (Vayikra Rabbah 11:8) states, “Rabi Akiva said: Klal Yisroel is analogous to a bird. Just like a bird cannot fly without its wings, so too Klal Yisroel can accomplish nothing without its elders.”

The ninth of Av symbolizes and encapsulates all of our national and personal pain and tears. It is a day of lamentations, national remembrance, and mourning. At the root of it all was our unwitting failure to appreciate our leadership. That was the sin that set the trajectory of the tragedy of Tisha B’Av into motion.

When Moshe lamented his inability to bear the burdens of our nation, it portended Yirmiyahu’s anguished cry centuries later: “Alas! She sits in solitude; the metropolis that was bustling with people has become like a widow” (Eichah 1:1). The destruction of the Bais HaMikdash could have been averted had Klal Yisroel hearkened to Yirmiyahu’s message. Then too the tragedy occurred because of the nation’s unwillingness to heed the cry of its leader.

The Chofetz Chaim said that the final redemption is imminent. There are just a few more decades, years, perhaps even days or hours, before the Messianic era will be ushered in. Our descent into exile was rooted in a failure to rally to the call of our leaders; the key to redemption lies in our strengthening our respect and appreciation for their leadership. 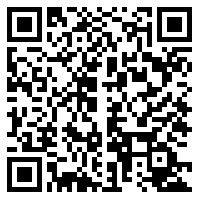