The miracle of Purim didn’t take place until the 13th of the month, yet we read in Megillas Esther (9:22): “the month…had been turned about for them from sorrow to gladness.” Why did the days preceding the miracle become joyous?


Rashi explains that when Haman sought the most favorable moment to successfully implement his plan, he cast lots (purim). Haman rejoiced when the lot fell on Adar, the month in which Moshe had died. Haman was unaware, though, that Moshe was also born in Adar and his birthdate was a zechus for Klal Yisrael. Thus, the entire month wound up being an exceptionally lucky one for the Jewish people.

The Sfas Emes proposes that the happiness of Adar is not merely due to Purim. He points out that during Adar, the Jews contributed the machatzis hashekel for the building of the Mishkan. The spirit of giving evoked simcha that remained throughout the month, and the Talmud tells us that any mitzvah the Jews accepted with joy is still performed with joy today (Shabbos 130a).

An insightful comment is offered by R’ Levi of Berditchev. He notes that Adar follows the weeks of Shovavim, a time when we traditionally do teshuvah. After our sins are rectified, there is reason for great joy – for us and for Hashem.

The sefer Ki Ata Imadi posits that it is especially important to infuse extra joy and confidence into our lives at this time of year since Amalek intended to create uncertainty and sadness among the Jewish nation. Joy is the key to our victory.

There is actually an obligation to be joyous in general. Why? Because – says the Shem Shlomo – the Torah gives as the reason for all the curses of Parshas Ki Savo: “you did not serve Hashem with gladness and goodness of heart” (Devarim 28:47). Happiness in our avodah is essential. It ensures our commitment and devotion to Hashem and His Torah.

After the city of Ponevezh was destroyed during the Holocaust, the great Ponovozher Rav resolved to begin all over again and establish Torah in Eretz Yisrael. He advocated on behalf of his yeshiva, traveling far and wide, even in the last years of his life when he took ill.

Amazed by his tenacity and boundless good cheer, one of his disciples asked him about it. The Ponovozher Rav replied:

“When I was growing up, there was a custom to bring mishloach manos to the rabbi of the city. I was one of several brothers, and we would have a lottery to determine which one of us would have the honor to bring our family’s mishloach manos – which consisted merely of a few slices of cake and a small bottle of wine – to the rabbi. The preparations for Purim began weeks earlier as our mother assembled ingredients for baking.

“One year, a few days before Purim, my father returned home in especially good spirits and began to dance with us. When my father saw our puzzlement, he explained, ‘Every year it is mother who is concerned about the mishloach manos. Today, a book merchant came to town offering a special edition of Masechtes Bava Basra that was published in Vilna.’ In those days, anyone who owned a complete masechta, particularly one from Vilna, was considered a very wealthy and happy man.

“‘I purchased that Gemara,’ our father told us, ‘and we will bring it to the Rav for mishloach manos.’

“I didn’t understand the implications of this statement, but on Purim day, my brother – who won the lottery that year – was given the cake and wine to bring to the Rav, and I was given the Gemara. I was instructed to inform the Rav that the Gemara was personal mishloach manos from my father.

“The Rebbetzin welcomed us warmly and took the cake and wine from my brother, while I went into the Rav. I gave him the Gemara and relayed my father’s message. To my astonishment, the Rav took the Gemara in his hands and began to dance with it around the table, just like a person would dance with a Sefer Torah on Simchas Torah.

“My brother and I stood on the side, along with the Rebbetzin, very moved at this sight. The Rav stopped for a moment and called out to his Rebbetzin, ‘Do you also want to give me mishloach manos?’

“‘Of course,’ she answered.

“The Rav said to her, ‘You will recall that we agreed to start seudas Purim at 5:00. If you will delay the seudah for one hour and allow me to learn from this beautiful Gemara during that hour, that will be your mishloach manos.’

“I was only nine years old then and didn’t fully understand the meaning of simchas Torah. But I thought to myself that if a great Rav in Klal Yisroel could sing and dance because he had one Gemara in hand, then there must be no greater wealth and happiness than that attained from learning Torah.

“At that moment, I resolved to dedicate myself to increasing Torah study in Klal Yisrael. It was that simchas Torah of Purim that continues to inspire me 80 years later.” 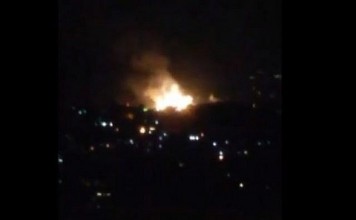 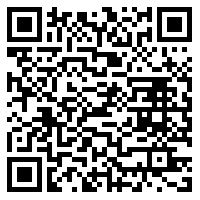