The Mechilta cites the Talmud (Makkos 11a), which states that “daber” is a harsh expression whereas “amarta” is more gentle and pleasant. Why are both expressions used in this verse about lighting the menorah?


One answer is that lighting the menorah, although a very holy mitzvah, is a simple act and therefore only warrants “amirah,” a pleasant tone. However, Aharon HaKohen was also entrusted to kindle the souls of the Jewish people – “A man’s soul is the lamp of Hashem” (Mishlei 20:27) – to inspire the masses and bring them closer to Hashem. This task is much more formidable and onerous; hence the more strident expression of “daber.”

It’s not easy for people caught up in materialist preoccupations to appreciate the majesty of Torah. It’s not easy to get them to set aside time to learn Torah, to get up to daven in the morning, to keep Shabbos. It’s difficult to convince people to leave the comfort of their homes to listen to words of Torah.

It’s also challenging for an educator to decrease the amount of time he spends studying Torah in order to teach others. He may also feel unqualified or ill-equipped for such an undertaking. Yet there’s a mandate (Yeshayah 58:7), “Do not hide yourself from your kin.” We’re also taught in Pirkei Avos (4:5), “One who studies Torah in order to teach is given the means to study and to teach.” He will be showered with blessings to be able to learn and teach and achieve even greater heights in Torah.

When the public’s level of Torah learning and yiras Shamayim is raised, the honor of Hashem is intensified, as Mishlei 14:28 states, “A king’s glory lies in a multitude of people.” How great is the merit of a person who teaches and uplifts the masses.

The Torah tells us that “Chanoch walked together with Hashem” (Bereishis 5:22). But Chanoch was not involved with the people of his generation, and that resulted in the emergence of the Dor HaMabul, says the Chasam Sofer. Avraham Avinu, in contrast, took time from his own personal spiritual work to guide the people of his generation and bring geirim under the wings of the Shechinah.

He was willing to sacrifice his own personal growth to spread recognition of Hashem’s greatness in this world. And his reward for doing so was incredible.

Thus, says the Chasam Sofer, when a person has to sacrifice his personal time to teach others, he should not fret about his own Torah learning for it will only be enhanced.

The Medrash tells us that Hashem appeared before an individual holding the five books of the Torah and said: My son, why don’t you teach? You could teach the multitudes about the Torah and make them meritorious. The Medrash explains that when a Torah sage expounds the Torah to the multitudes, Hashem says, “I forgive and absolve all the sins of the Jewish nation.”

Almost 50 years ago, Rav Reuven Elbaz was asked to give a shiur in one of the older shuls in Yerushalayim. He was still a young man, immersed in Torah learning, and after calculating the time he would lose from his own personal studies as a result – two hours traveling for just a short half-hour lecture – he decided to opt out.

Instead, he attended a shiur given by Rav Ovadia Yosef. Afterwards, the chacham called him over and said, “I heard that you were asked to give a Torah shiur.”

Rav Elbaz said, “What would be with my own learning?”

Rav Ovadia responded, “And these people who have no one to teach them even one halacha should go without any Torah?”

“I want to grow in my own Torah learning,” protested Rav Elbaz, to which the chacham answered, “And you think I don’t want to grow in my learning? I teach for a half-hour and tell stories. I could accomplish a great deal in my own personal learning during that time. So for me it’s permissible, but for you it’s prohibited? Is only your advancement important while they remain illiterate? Don’t worry. Go, and Hashem will reward you many times over.”

Rav Elbaz heeded the words of Rav Ovadia and went to give the shiur. Only four people came. However, each subsequent week, another few people came and slowly the crowd began to grow. These people had previously not even come to shul to daven, either davening at home or not at all. They didn’t have any knowledge of shemiras Shabbos and kashrus.

Yet the shiur continued to grow. The people were interested and motivated; they began to ask sheilos, and their children grew up to be talmidei chachamim. And the name of Rav Elbaz himself became renowned throughout the Jewish nation. 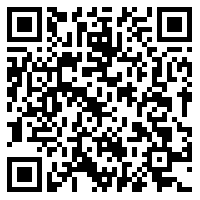