In Parshas Acharei Mos the Torah commands us in the mitzvah of ki’sui hadam – covering the blood after a bird or a chaya (wild animal) is shechted. The mitzvah does not apply to beheimos (farm animals).

There is a machlokes as to the appropriate time to make the berachah on the mitzvah of ki’sui hadam. The Rosh, in the sixth perek of Chullin (Perek Kisui Hadam), quotes the Behag that says the proper time to recite the berachah on this mitzvah is after the blood is already covered. Although generally a berachah is recited prior to the performance of a mitzvah (over la’asiyason), regarding the mitzvah of ki’sui hadam we are unable to recite the berachah prior to its performance. The Rosh explains that this is because this mitzvah is actually a part of the mitzvah of shechitah; it is the conclusion of the mitzvah. Therefore, after the shechitah (prior to the covering of the blood), one is in the middle of a mitzvah, and one should not recite a berachah in the middle of a mitzvah.

The Rosh agrees with the Behag that one should not make a berachah in the middle of a mitzvah. However, he argues with the Behag regarding the nature of the relationship that the mitzvos of shechitah and kisui hadam share. The Rosh says that the mitzvah of kisui hadam is a separate mitzvah, and not a conclusion to the mitzvah of shechitah. Therefore, one should recite the berachah of kisui hadam prior to covering the blood, in accordance with the general rule of over la’asiyason. 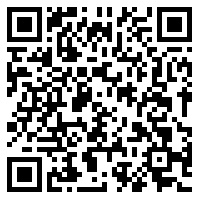