As Benjy finished unpacking the suitcase on arrival at their honeymoon hotel, he let out a groan.

“Oh no. I can’t believe it. I left my tefillin back home.”


Having only recently married it was the first time they’d packed a joint suitcase, which might have explained the omission, but he still couldn’t believe he’d forgotten them.

Since his bar mitzvah, fifteen years previously, he’d never gone a day without putting on his tefillin and he certainly didn’t want to start married life on the wrong foot.

Tefillin had always been a special mitzvah to Benjy. He had used this mitzvah to interest youngsters – who were far removed from anything Jewish – in davening and Yiddishkeit. He had been a madrich for Birthright for many years, even receiving an award for one of the most frequently used madrichim in the American program. He was usually the only religious person in the group. Birthright is not a religious organization and doesn’t push any religious agenda at all. But Benjy always used his position to try and encourage an interest. He wanted to show them that even kids in shorts, t-shirts and baseball caps, who enjoyed sports and adventures, could also be religious. He made a special point of davening Shacharis in public places where the teenagers could see him put on his tefillin; sometimes on the bus when they set off in the morning, perhaps in the middle of the desert after a night under the stars in the Negev, even on the top of Masada after an awe inspiring pre-dawn climb, and other places where he was most noticeable. His intention was to invite, at the least, curiosity and glances, and preferably, as often happened, an interest which led other boys in the group to ask if they could try on the tefillin.

He was convinced that the sight of him putting on tefillin had led more than one participant to ask for a bar mitzvah when they reached Jerusalem and the Kotel and some had even decided to stay on a few weeks and listen in to a few shiurim at Aish HaTorah.

But what could he do now? He was a long way from home and there didn’t seem to be anyone in sight who could help.

They had taken a sea front apartment hotel for a few days on the islands of Turks and Caicos, in the Caribbean. The vacation had been bought with the miles he had accrued over the last years when he had needed to travel a lot and had been saved for after his wedding and Sheva Berachot week.

He was racking his brain trying to think how he could manage to lay tefillin on this remote island. The first address he thought of was Chabad, surely they had to have a representative, somewhere, but there seemed not to be any.

Benjy and his kallah hadn’t relied on Chabad for general amenities. They had realized they would be far from civilization and kosher food and had packed plenty of fresh and canned food as well as making sure there was a microwave in their room which they knew how to kasher.

To add to their discomfort he and his new wife were not impressed by the room they were given nor the hotel itself and so they decided to transfer to another hotel further along the coast, and after unpacking they went for a walk along the private beach which belonged to their hotel.

Suddenly, to their great surprise, they saw a young, obviously frum couple coming towards them. Benjy wasted no time. He ran over to the husband and explained his situation begging him to let him use his tefillin still today before it was too late and to see if he could perhaps borrow them on other days until the other couple left. 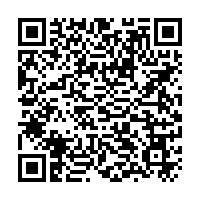