“I shall destroy them and erase their name from under the heavens, and I shall make you [Moshe] a mightier, more numerous nation than they” (Devarim 9:14).

R’ Ovadiah Yosef notes the tremendous self-sacrifice of Moshe Rabbeinu for Klal Yisrael and his constant efforts to bring them closer to Hashem. Despite their egregious sin in serving the Golden Calf, Moshe prayed to Hashem, “If You would but forgive their sin…if not, erase me from Your book” (Shemos 32:32).

The salvation of the Jewish nation was actually due to Moshe’s intervention, as Tehillim 106:23 states, “Hashem said He would destroy Klal Yisrael had not Moshe, His chosen one, stood up to turn away His wrath.” We could compare Hashem, kavayachol, to a king who became angry at his son and slapped him while one of his dear cohorts was standing nearby. The king told his son, “Had my beloved not been standing here together with me, I would have killed you.”

Moshe Rabbeinu’s mesiras nefesh for the Jewish nation included reproaching them, even when it endangered him. He risked his own wellbeing because of his love for his people. For example, the Torah tells us that Moshe admonished two Jews who were fighting even though that led to one of them threatening to disclose that Moshe had killed an Egyptian. Mishlei 27:5 states, “Open rebuke is good if it stems from hidden love” – referring to Moshe Rabbeinu, says the Medrash Rabbah.

The Talmud (Kesubos 105b) speaks of a Torah scholar beloved by the residents of his town because he does not reprove them in spiritual matters. The Gemara explains that he reproaches by example. He teaches them Torah, guides them, and impacts his congregation via his special middos. He causes them to refrain from sinning because of his love and encouragement.

“One who reproaches a person in the proper way will later find favor in his eyes, more than one who flatters him,” says Mishlei (28:23). Mussar must be administered in a gentle and pleasant way; one cannot force another to follow Torah and mitzvos.

The Talmud (Erchin 16b) states that a person who properly reproaches his neighbor saves not only his neighbor from sin; his own sins are removed as well because he has fulfilled his obligation to reproach (Vayikra 19:17).

We learn in Pirkei Avos (4:5), “One who learns Torah in order to teach is provided with the opportunity to learn and to teach; one who learns in order to do is provided with the opportunity to learn, to teach, to observe, and to do.” Our sages say that one who influences the masses to become meritorious, learn Torah, and do mitzvos will be saved from the schemes of the yetzer hara.

When an individual is involved in any way in helping, teaching, and guiding the public, he has extra merit because the world depends on him. Commentators explain that Tehillim (55:19) also teaches us that Hashem will peacefully redeem a person’s soul from ill and the yetzer hara if he is involved in helping the masses.

Some believe that taking time to teach and guide others will come at the expense of their own personal learning. But our sages tell us that just as a candle’s flame can light a thousand candles without losing its own light, so too one who is involved with teaching and guiding the tzibbur does not lose anything personally.

In fact, one gains. R’ Chanina said, “I have learned much from my teachers, and even more from my friends, but I have learned from my students more than from all of them” (Taanis 7a).

A parable is offered to illustrate the difference between one who learns for oneself and one who teaches and guides the public: A prince had to travel through a desert to a distant country, so he loaded his donkey with flasks of water for him and his entourage. Another prince had to undertake the same journey, but he planned differently. He figured:

“My entourage includes experts who have studied science and can reveal sources of water in the desert. So I will take along the necessary tools to dig for and extract water. That way, we will be able to replenish our water supply.”

The first group of travelers only prepared water for themselves; the second dug wells to assure that anyone who came along their path would also benefit from the water they had discovered.

The Chofetz Chaim says that if one has the power to correct a situation among Klal Yisrael and fails to do so, he is culpable for any blood spilled among them. In Avinu Malkeinu, we make two requests of Hashem that seem very similar. We say, “Wipe away and remove our transgressions and sins from Your sight” and later say, “With Your great mercy, erase all records of our guilt.”

The Chofetz Chaim explains that in the first we’re asking forgiveness for sins we ourselves have committed; in the second, we’re asking Hashem to forgive us for being remiss in our obligation to benefit the klal. 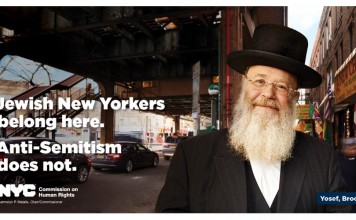