This Monday, the 12th of Tammuz, marks the anniversary of the birth of the sixth Lubavitcher Rebbe, Rabbi Yosef Yitzchak Schneersohn – known as the Rayatz – in 1880. It also marks the day he was informed in 1927 of his imminent release from Soviet incarceration (after being sentenced to death and then exile).

Ever since that day in 1927, the 12th of Tammuz has been celebrated annually by Chabad chassidim as a day of victory for Torah.


In 1880, the Russian Empire had the world’s largest Jewish population (over five million) and the greatest concentration of Torah scholars. Most Russian Jews were observant, but the Haskalah movement was already poisoning the atmosphere, drawing many away from Torah observance with philosophies antithetical to Yiddishkeit.

Even in renowned yeshivos, it was common for good students to privately read works of secular philosophy and of famous Russian novelists. Some even started smoking or writing profound Talmudic insights on Shabbos!

And so, at the suggestion of the Rayatz, who was then in his teens, his father, Rabbi Sholom Dov Ber (1860-1920), established a new yeshiva emphasizing yiras shamayim alongside traditional Talmud studies. The new yeshiva opened in 1897, and the 17-year-old Rayatz was appointed to be its spiritual and financial administrator.

In a revolutionary departure from previous practice, the students studied Chabad chassidic philosophy for a third of their day with the same kind of depth they applied to their Talmudic studies. The yeshiva also insisted on high standards of yiras shamayim.

Just 20 years later, near the end of World War I, Russia was convulsed by economic chaos followed by revolution. The Bolsheviks, extreme revolutionary socialists, seized control of the country and battled for several years to solidify their hold.

The emergent Soviet regime – which launched the world’s first experiment in country-wide socialism – virulently rejected all religion. Many of the revolutionaries were Jews and targeted Yiddishkeit far more than other religions. They banned Torah schools, closed mikvaos and most shuls and religious institutions, and denied jobs to Shabbos-observers. State-sponsored Yiddish schools taught children atheism and encouraged them to report their parents’ religious practices to the police.

The czars had also persecuted Jews and tried imposing restrictions on Jewish education. But their persecution never approached anything like the Soviets’ systematic oppression of Yiddishkeit. Most Torah leaders, believing they could not counteract the mighty Soviets, fled. The Rebbe Rayatz, however, refused to leave. He considered it his duty to uphold Torah study and observance even under such trying conditions.

He and his army of yeshiva alumni taught Torah to children in a vast underground network of Torah schools and to adults in the remaining shuls. Some devoted chassidim traveled from town to town to establish chederim, build secret mikvaos, help Shabbos observers secure employment, etc.

It was dangerous work; many were arrested and punished by imprisonment, torture, exile, or even death. Yet, they continued – even after the Rebbe himself was arrested and condemned first to death, then to 10 years hard labor, and then to exile, before finally being released and forced to emigrate. Their self-sacrifice succeeded in keeping the flame of Yiddishkeit burning throughout the more than seven decades of communism.

After the Rayatz left the Soviet Union, he campaigned in Europe and America to send material and religious relief to Soviet Jews, particularly kosher matzos for Pesach. He also sought support for his underground activities in the USSR while establishing a new network of Chabad yeshivos in Poland and Baltic lands.

After World War II broke out, the Rebbe managed to reach New York where Yiddishkeit was very weak. Physically broken but with an indomitable spirit, he immediately announced that Divine Providence had sent him to build North America into a powerhouse of Torah, to replace those going up in flames in Eastern Europe.

Despite his physical ailments, he threw himself into this task and succeeded by the time he passed away in 1950.

What we all can learn from the Rebbe Rayatz is that selfless determination can accomplish even the impossible, against all obstacles. The Rayatz didn’t let anything deter him from carrying out his Divine destiny – not rabid Soviet persecution nor icy American apathy. Each of us should follow his example in our own little corner of Hashem’s world, making it into a dwelling for His presence until Moshiach can be revealed here. 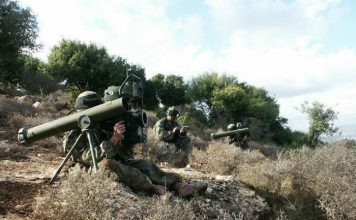 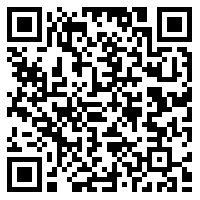