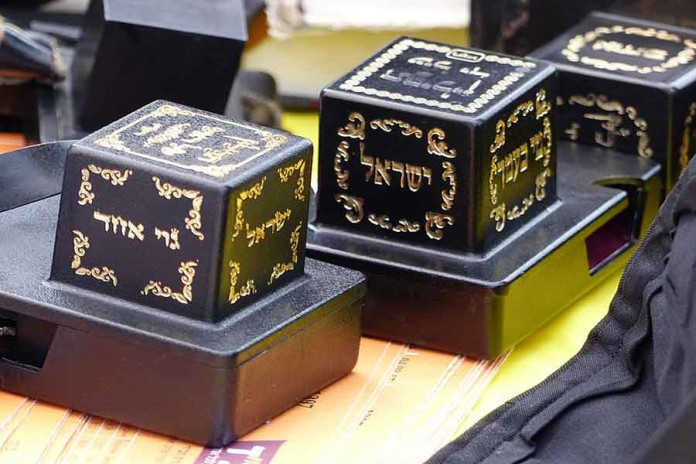 “You shall be holy for Me, for I Hashem am holy; and I have separated you from the peoples to be Mine” (Vayikra 20:26).

Rashi comments that R’ Elazar ben Azaryah says that one should not say that he is disgusted by the meat of the chazzir or that he could not possibly wear shatnez. Rather, he should say that indeed he would like to do these, but “my Father in Heaven has imposed these decrees upon me.” He derives this from the words “I have separated you to be Mine.” That is to say, our segregation must be for the sake of Hashem – separating ourselves from the aveirah and accepting upon ourselves the yoke of the Kingdom of Heaven – and not for any other reason.

In his Shemone Perakim (Chapter 6), the Rambam writes that this refers specifically to those commandments that are chukim, decrees that we do not understand. But those commandments that we can understand – such as not to steal, not to kill, not to demean parents – one could not say that he wishes to do it because in effect he would be harming another person. Our Sages tell us that had these laws not been written, it would, in fact, be proper to institute them.

Rav Mordechai Eliyahu cites the Rambam, who says that in analyzing the words of our great sages it is apparent that one who has a desire to sin – that is, he finds it challenging to refrain from transgressing – is superior to and more complete than one who has no desire to sin at all. This is because it proves that he is in control of his essence and is governed solely by the commands of his Creator. Such an individual merits great reward and he is therefore permitted to say that had the Torah not forbidden it, he would certainly do it.

The Talmud (Chullin 109b) tells of Yalta, the wife of R’ Nachman and the daughter of the exilarch, who was very righteous and wise. She noted to her husband that whatever the Torah prohibited, it permitted us a similar item. We are not allowed to eat blood, but we are permitted to consume liver, which is filled with blood and tastes like blood, according to Rashi. The Torah prohibits the consumption of the fat of a domesticated animal, but permits the fat of an undomesticated animal. It is prohibited to eat pork, but one may eat the brain of a shibuta fish, which has a similar taste. One may not eat the girusa, a non-kosher fish, but one may eat the tongue of a fish that tastes similar. One may not marry his brother’s wife, but it is a mitzvah to marry his yevamah (when his brother dies without children). Yalta then concluded that the Torah prohibits meat cooked in milk, and she wanted to eat something that tasted like meat cooked in milk. The Talmud relates that R’ Nachman heeded her wish. Why? It was not because she wanted to satisfy a craving for the forbidden. Rather, R’ Nachman understood that in order to implement the words of R’ Elazar ben Azaryah his wife wanted to savor the taste of milk and meat, so she could wholeheartedly state that she wished to partake of it but “my Father in Heaven has imposed these decrees upon me.”

The great tzaddik R’ Yaakov Yosef Herman lived in America during the era when it was a spiritual desert. He was well known for his self-sacrifice for Torah and mitzvos and his many acts of chesed and hachnosas orchim, despite his extreme poverty. During those years, many who came to America had no interest in continuing the sacred Torah traditions. R’ Yaakov Yosef dedicated his life to bringing back many who had fallen into a life of sin. He established yeshivos and a bais medrash wherever he went and merited to establish generations of Torah greatness.

One of his sons-in-law was R’ Chaim Pinchas Scheinberg, the rosh yeshiva of Torah Ohr, who towards the end of his life settled in Yerushalayim. Once R’ Eliyahu Lopian came to visit him, accompanied by the famed maggid R’ Shalom Schwadron, who related the following incident about R’ Yaakov Yosef Herman to illustrate the verse, “Hashem does the will of those who fear Him.”

R’ Nesanel HaSofer was a renowned sofer, a man of great yiras Shamayim, who lived in Yerushalayim. His writings were highly coveted; the Chofetz Chaim was known to wear tefillin that had been written by him. R’ Yaakov Yosef yearned to have a pair of tefillin written by R’ Nesanel, and he sent money to him in Eretz Yisrael. In the interim, World War I began. All communications between Israel and America were interrupted, and R’ Herman lost all contact with R’ Nesanel. When R’ Herman finally made his way to Eretz Yisrael, he learned that R’ Nesanel was no longer alive. The ledger of accounts that R’ Nesanel had left behind indicated that the monies were due to R’ Yaakov Yosef since the tefillin had not been prepared, and the family returned the money to R’ Yaakov Yosef, who was very disappointed that he would not be able to fulfill the mitzvah of tefillin to perfection.

R’ Herman settled in the Zichron Moshe neighborhood, and over the years befriended a talmid chacham who had also made aliyah from America. When the elderly man passed away, he bequeathed his worldly belongings to R’ Yaakov Yosef. A while later R’ Yaakov Yosef was approached by a young man who had become a baal teshuvah and needed a pair of tefillin. R’ Yaakov Yosef retrieved the tefillin that the talmid chacham had left and took them to the sofer to be checked.

After confirming that they were indeed in perfect condition, the sofer excitedly informed R’ Yaakov Yosef that these tefillin contained certain enhancements that were unique to the writing of R’ Nesanel HaSofer. Overcome with joy, R’ Yaakov Yosef gave his own pair of tefillin to the baal teshuvah. His great desire to worship Hashem utterly and completely with the finest pair of tefillin had been satisfied.