The calendar now marks us as being in Adar Sheini. This year we have a double-header for learning about the avodah of Adar. As we said last month, dagim is a plural mazel, indicating that we should grow in a fish-related way in both Adars. Let’s see if we can accomplish that goal once more.

Let’s draw hints from the mitzvos of the month. Purim is celebrated with four distinct observances – Mishloach Manos, Matanos L’evyonim, Seuda, and Krias HaMegilla. Let’s analyze this last one. On no other holiday is there a mitzvah to take a distinct scroll and read over the story. Even on Pesach when we are indeed commanded to recount the Exodus, the fact that the Purim saga requires its own scroll gives this mitzvah more of a formalized air. Why is the mitzvah set up in such a way?


Another mitzvah observed in Adar is Zachor – recalling the episode of how Amalek attacked us as we left Egypt and reiterating the obligation to wipe out this evil nation. Actually, Zachor is a mitzvah all year round, and is even one of the six daily mitzvos. However, our Sages set the Shabbos before Purim as the specific day on which we reread the account. The Shabbos before Purim is a logical choice, as Purim also recalls how an Amalekite tried to do away with us. But let’s analyze this mitzvah. How can we fulfill it nowadays? The ancient nation of Amalek (like all nations) has mingled with all the other peoples of the Earth and is no longer distinguishable! Another fair question one could ask is: What will happen when finally Amalek is indeed eradicated? Will the 558th commandment become obsolete? Will the eternal Torah then only have 612 mitzvos?

In order to resolve these problems, let’s ask one more question. Each month is associated with a particular letter, with Adar aligned with kuf. All letters have a “short” form in which the letter is made up of a single letter, as well as a “full” form in which the letter is spelled phonetically. The full form of kuf is kuf vav pey. Thus, since the holy tongue has no intrinsic vowelizations and all variations are acceptable, it can be said that Adar is associated with kof – a monkey. What does Adar have to do with monkeys?

Rav Tzadok HaKohen suggests an explanation based on a brilliant homiletical insight into the Gemara in Bava Basra (58a). “As a monkey to a man so too a man to the Shechina.” The basic understanding of this Gemara is that the spiritual radiance of man is nil compared to the Shechina, just as a monkey’s spiritual radiance cannot compare to that of human being. Rav Tzadok suggests, however, that this Gemara is alluding to the 608th mitzvah – to copy Hashem’s ways. Just as a monkey mimics a man so too should a man mimic the Shechina. However, this is a mitzvah all year round. If the kof is associated with Adar, then there must be a specific Adar-related manner in which we should mimic Hashem during this time. But what is it?

Perhaps we can find an answer by quoting a Midrash on the Megilla (Esther Rabba 3, 12). Haman tells Achashverosh that it’s safe to make a move on the Jews because “their G-d is sleeping.” The Midrash records that Hashem exclaimed, “You think I’m sleeping? Behold! The Guardian of Israel never sleeps nor slumbers!” Haman made a fatal error which was so typical of his nation (Amalek). Everything is a coincidence. Hashem is not always involved. If the Jew’s Temple is not rebuilt, it must be their G-d is sleeping. The world is simply moving along and things are just happening as they happen to unfold. For all anyone knows, the world came from a random Big Bang and we all evolved from monkeys! Foolish Haman didn’t realize that Hashem is like a fish. Fish don’t have eyelids, so although they are hidden from sight, their eyes are always open. Amalek believes that Hashem’s silence indicates His absence. Jews, on the other hand, believe that every thing that ever happens is occurring under the watchful eye of the Almighty Creator.

This debate has great consequences far beyond the philosophical beliefs of these respective nations. When the progenitors of these two nations were in the womb together the prophet declared “When this one rises the other shall fall.” Amalek draws life-force and power from the belief in coincidence. Jews draw their power from the belief in the Divine Providence of G-d. The Torah describes how in the original battle with Amalek “When Moshe would lift his hands, Israel would be strong. When Moshe would lower his hands, Amalek would overcome.” Rashi rhetorically asks, “Did the hands of Moshe win the war? [Of course not!] Rather, when Israel would raise their eyes to Heaven and subject their heart to their Father in Heaven they would prevail. But when they would not, they would fail.” Neither can live while the other survives.

Now let’s tie it all together. Hashem’s eyes are always open, for the Guardian of Israel never sleeps nor slumbers. His eyes are like a fish – always open. We should mimic this quality – like a monkey. We should keep our eyes open and always seek Him out. We are enjoined to search for the Creator. He is not visible (just as fish are hidden from the eye) but we are obligated to search for evidence of Divine involvement. But hashgacha pratis stories are not simply good bedtime reading material. They are the life-force of Klal Yisroel. In addition, they are the only way we can weaken the power of Amalek. By strengthening our recognition of Hashem’s involvement in the world we are fulfilling the injunction to eradicate Amalek – even in our days! This is a commandment that is truly eternal, for there are infinite levels of faith to which we can grow. As a final point, perhaps this is why there is a formalized mitzvah to read the Purim story. Do we not yet see how Adar is the time for hashgacha pratis stories? What better proof of Divine Providence could there be than the Megilla, in which the disparate events over the course of a decade are in retrospect proven to be part of a Divine Master Plan?

So our job in now laid out for us. Envision a gigantic, world-straddling seesaw with two monkeys on it. One monkey is the highly evolved, coincidence-oriented Amalekite monkey and on the other side is the Jewish monkey who tries to mimic the Shechina. The two monkeys are struggling for supremacy. This struggle transcends time and space. Neither can live while the other survives. When this one rises the other shall fall. However, the Gemara (Bava Basra 123b) says that Amalek will only fall by the descendants of Yosef – the tribe compared to a fish. Let’s grow in this regard and thereby merit the day when the whole world will see that Hashem is One and His Name is One. 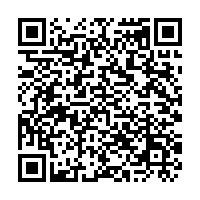