There are several mitzvos assei (e.g., to be mafkir one’s produce) and lo sa’asseh (e.g., not to plant the land) associated with shemitas karka, which parenthetically begins this Rosh Hashanah. The Chinuch, in mitzvah 84, says that both men and women are obligated to observe these mitzvos.

According to the Rambam, since fruit grown in a shemitah year will remain forbidden forever, we can suggest that that mitzvah to be mafkir one’s produce is not time-sensitive. But according to the Rosh, who only exempts women from the mitzvah of tzitzis because time decides which garments must have tzitzis, women should be exempt from observing the mitzvah of being mafkir one’s produce. This is because the time during which the produce is grown dictates which produce will be included in the obligation.

Why, then, according to the Rosh, are women are obligated in all the mitzvos assei of shemitah?

In Kiddushin 29a, the Rishonim ask why there is a pasuk in the Torah exempting women from the obligation to perform bris milah on their sons. After all, women should obviously be exempt since it is a mitzvas assei she’hazeman gramma. The Ritva answers that women are only exempt from mitzvos assei she’hazeman gramma for mitzvos that pertain to themselves. But when the mitzvah requires them to do something for someone else, they are not exempt. That’s why the pasuk is necessary. Without it, women would be obligated to perform (or arrange) the bris milah of their sons.

The Minchas Chinuch (mitzvah 112:3) understands the Ritva’s answer to mean the following: Mitzvos can be placed into two categories: those that an individual is obligated to perform, and those requiring that a certain situation take place. The Minchas Chinuch explains that the mitzvah for parents to perform a bris milah on their son is not a mitzvah requiring them to perform a certain act; rather, the mitzvah requires that they ensure that a certain act is accomplished – namely that their son has a bris milah. Regarding these types of mitzvos, women are not exempt – even if the mitzvah is a mitzvas assei she’hazeman gramma.

That’s why, explains the Minchas Chinuch, women are not exempt from the mitzvah of shemitah. The essence of this mitzvah is ensuring that the land is granted a sheveisa. It is not a mitzvah devolving on a person; rather, the mitzvah requires that a certain situation be arranged – namely that the land receive a rest. 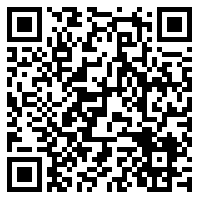