In Parshas Lech Lecha Hashem changes the name of the progenitor of the Jewish people from Avram to Avraham. The Gemara (Berachos 13a) says that one who calls Avraham by his former name, Avram, has transgressed both a positive and a negative commandment. Yet we do not find the same halacha regarding others whose names were changed, such as Sarah Imenu and Yaavok Avinu, whose name is changed in this week’s parshah.

The Gemara (ibid.) addresses this inconsistency and points out that when Hashem changed Sarah’s name He only told Avraham not to call her Sarai any more – “You shall not call her…” (Bereishis 17:15). The prohibition was not intended for anyone but Avraham. The Gemara then proceeds to point out that Hashem Himself refers to Yaakov as Yaakov after his name was changed. Clearly, then, Yisrael was only given to him as an additional name, not to replace his old one.

The Maharsha notes in wonderment that the prohibition against calling Avraham by his former name is not mentioned by poskim. Although he lived much after the Maharsha, the Magen Avraham (Orach Chaim 156:2) does in fact codify this prohibition. The Tzlach and the Nemukei Hagrib both argue that the rule in the Gemera we cited is disputed by other passages in the Gemara. Therefore, we rule in accordance with those opinions that it is not prohibited.

In any event, how do we explain the fact that Hashem changed Avraham’s name entirely but merely added another name to Yaakov’s?

The Yefei Mareh offers a different explanation. The Gemara (ibid.) explains that the name Avram refers to the fact that he was the father, av, of Aram, as he was a prominent figure in Aram. The name Avraham, in contrast, refers to the fact that after his bris mila he became av l’kol ha’olam, the father of the entire world. To call Avraham by his former name, therefore, is improper; one is not giving him the proper kavod. That is why doing so is forbidden. Calling Yisrael by the name Yaakov, in contrast, carries no diminishment to Yaakov’s kavod.

The Chizkuni explains that Hashem did not intend for us to stop referring to Yaakov Avinu by his original name because retiring the name Yaakov would have given validity to the argument of the nations of the world that the berachos we received were attained by stealing and cheating.

The Torah Shelaima (Lech Lecha 17:36) explains that the name Avram was actually changed to Avraham. Thus, we are not supposed to use the old name. However, the name Yaakov was not changed; rather Yaakov was given a second different name. Therefore, we are allowed to use both names.

It is interesting to note that not only do we use the name Yaakov, it is the primary name we use to refer to Yaakov Avinu, despite the fact that he was given another name. Perhaps, it is because “Yaakov” refers to the fact that we will be at the heel of Eisav in galus. We look forward to the Geulah where we will begin to use the name Yisrael, which is a reference to the fact that our ancestor “struggled with God and men, and prevailed.” 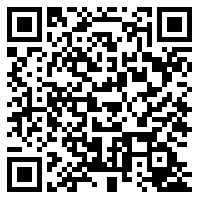