This week’s d’var Torah is dedicated to Rabbi and Rebbetzin Yakov and Faigie Luban. Mazal tov on the bris of their grandson Eliahu.


Moshe received a portion from the sacrifices that were brought during the seven- day consecration period. Rashi (Vayikra 8:28) quotes the Gemara (Avoda Zara 34a) that Rabbi Akiva traveled to Ginzuk, and the residents asked him three questions, one of which was: what type of clothing did Moshe wear during the seven days of Meluim, when the Tabernacle was assembled and disassembled and various sacrifices were brought to consecrate the Tabernacle? He answered that Moshe wore white garments while he performed the service during the seven-day consecration period.

Various statements by Chazal place Moshe in different roles. For example, Moshe is referred to as king, “Vayehi b’yeshurun melech.” (Ramban brings a Midrash that Vayehi b’yeshurun melech refers to Moshe, even though there are other opinions that it refers to Hashem.) He is referred to as kohen gadol here. In other places Moshe is compared to the grand Sanhedrin of 71. Chazal are telling us that Moshe fulfilled various roles during his lifetime, and he did so with the same level of authority ascribed to each of those institutions. The fact that we discuss his clothes during the Meluim period indicates that he acted as a kohen gadol. Where do we find that Moshe was consecrated with the shemen hamishcha, the special anointing oil reserved for high priests and kings?

Each of the unique roles attributed to Moshe share the common theme that they require of and grant higher sanctity to the individual filling the role. Priests, especially the high priest, recite the blessing Asher kid’shanu bik’dushaso shel Aharon, they were sanctified with the higher level of kedusha granted to Aharon hakohen. In addition, additional sanctity is associated with the priests and the high priest anointed with shemen hamishcha, through the additional commandments given to them regulating their activities – who they may marry, restrictions on defiling themselves by touching a corpse, among others. In other words, the requirements associated with additional commandments raise the associated level of kedusha. (A similar notion can be seen in Rambam (Hilchos Mlachim 9:1), who associates the increasing sanctity of the various generations from Adam through the Exodus period with additional commandments for each generation he mentions.)

A king has a higher level of sanctity deriving from his anointment as well as the various commandments he must observe that regulate his rule. In addition, the king has a specific sacrifice he must bring when he transgresses a commandment, one that is distinct from what a common Jew brings. The head of the Sanhedrin has a higher level of sanctity than a plain Jew, a Yisrael. In fact, Rambam considers the head of the Sanhedrin to stand in place of Moshe Rabbeinu (Hilchos Sanhedrin 1:3).

So the high priest is consecrated via shemen hamishcha, or in the event that there is no anointing oil, he is consecrated via the service he performs, avodaso m’chanchaso. The king is also appointed through anointing, similar to kohen. The king who sins brings a different type of sacrifice, a male goat, than a simple Jew, who brings a she-goat. Appointment by his colleagues to the level of nasi of the Sanhedrin translates into additional sanctity for the head of the Sanhedrin. Rambam says the prohibition against cursing a nasi refers to the king and the head of the Sanhedrin. These higher levels of sanctity are acquired through extrinsic sanctifying acts applied to the appointed individual. These extrinsic acts represent the community acceptance of the individual for the role he has been assigned.

Moshe had the sanctity of a kohen gadol and the authority of a king, but unlike the high priest or the king, he did not require the consent of the people, or an extrinsic act of consecration to grant his authority. He was given these roles naturally by Hashem. Where there is no anointing oil available, the high priest is sanctified by donning the special priestly garments – rebuy begadim.

Moshe was the bchir min enushi, the most special and chosen of mankind. He possessed a unique sanctity that did not require any additional confirmation. There was no one who could act as his appointer. The residents of Ginzuk asked Rabbi Akiva what did Moshe wear, how was he appointed? If he didn’t have anointing oil smeared on him, he must have had special high priestly clothing that served to appoint him. The answer was that Moshe used plain white clothing, as he did not require any additional extrinsic trappings of appointment. Where Aharon was required to undergo appointment with special oil and wear the clothing of the high priest in order to appear before Hashem, lifnei Hashem, at designated times of the year, Moshe was perpetually lifnei Hashem, even without anointment or high priest’s clothing. Everyday clothing, bigdei chol, were inappropriate for Moshe to wear during the Meluim period, however bigdei kehuna were also not necessary as he required no extrinsic appointment. Regardless, he was considered a kohen gadol. 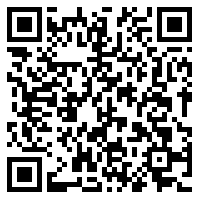