For many summers, Camp Dora Golding, where I spend many of my summers, would host a concert. A number of summers ago, the camp hired a certain Jewish group to perform. The members of the group were known to be somewhat unconventional in their performance and the Rabbi Finkelman, then the spiritual leader of the camp, set some basic guidelines for their performance.

Suffice it to say the guidelines were not adhered to.

The next morning, Rabbi Finkelman explained that before the administration of the camp agreed to bring in that band they had sought the counsel of Rabbi Shmuel Kaminetsky. Rabbi Kaminetsky told them that if the band members were “shomer Torah and mitzvos” they could perform.

Rabbi Finkelman noted that Rabbi Kaminetsky did not say if they were “mikayem Torah and mitzvos,” but rather if they were “shomer Torah and mitzvos.” “Mikayem” means to fulfill and, indeed, refers to one who is Torah observant. However, a “shomer” is a guard. A guard doesn’t just react when confronted. A guard must be vigilant and ready – he must be proactive.

Rabbi Finkelman noted that the performers who came to camp were good Jews with good hearts. They were mikayem Torah and mitzvos by observing Shabbos and putting on tefillin each morning. However, they could not be classified as “shomrei Torah and mitzvos.” He explained that when they met before the concert to review some guidelines, the bandleader replied, “Rabbi, you need to understand that sometimes I just lose myself in the music!” Rabbi Finkelman countered that a Torah Jew can never justify his actions by claiming “he just loses himself.” He is obligated to always maintain control over himself and his actions. One who admits to “losing himself” may be observant most of the time, but he isn’t much of a guard.

With this poignant idea in mind, we can understand Yaakov’s message to Eisav. Yaakov did not say that in the home of Lavan he had observed all 613 commandments, for that would indeed be untrue. Rather, Yaakov said that in the home of Lavan he safeguarded all 613 commandments. Yaakov may not have observed the letter of the law per se, but in regards to the spirit of the law he was meticulous to a fault. There was a precise calculation to his every action and he never proceeded an iota without first making sure that his actions were in accordance with the Will of G-d. In that sense, Yaakov was the epitome of a shomer.

Rabbi Shlomo Wolbe zt”l expresses this same idea. At the beginning of parshas Vayeishev, the Torah records Yosef’s dreams which symbolized his becoming the ruler over his brothers and parents. Yosef understood his dreams as being an expression of prophecy and felt obliged to recount them to his brothers. His brothers did not take kindly to the dreams and developed an enmity for him.

Although Yaakov externally chastised Yosef in order to mitigate the brothers’ envy, the Torah relates, “His father guarded the matter.” Rashi explains that the word “guarded” connotes that Yaakov waited and anticipated the fruition of the matter.

Rabbi Wolbe notes that when Yaakov told Eisav that he was “shomer” the 613 mitzvos, he also meant that he waited and anticipated fulfilling the mitzvos. Throughout his years in the home of Lavan, Yaakov was perpetually searching, pining, and anticipating opportunities to serve G-d and fulfill mitzvos.

Rabbi Wolbe continues that in our daily prayers we beseech G-d to “Place in our hearts understanding to comprehend and to discern, to perceive, to learn, to teach, to safeguard, and to perform, and to fulfill all the words of Your Torah with love.”

Here too “l’shmor,” to safeguard, means to anticipate and to yearn. We pray that G-d not only grant us the ability to understand and perform His commandments, but also the wisdom to safeguard ourselves from transgression and fulfill our obligations properly. To do so we cannot be “passive fulfillers.” We must be proactive guards.

On Shabbos morning we sing a well-known zemer with the refrain: “one who safeguards the Shabbos, the son with the daughter, to G-d it is desirous like a Mincha-offering on a flat pan.”

The commentators explain that the shomer here is one who anticipates and is excited about Shabbos. The shomer Shabbos passionately looks forward to Shabbos and prepares himself – mentally and physically –well in advance. His whole week centers around Shabbos, and he yearns for the holy day to commence. One who observes Shabbos in such a regal and excited fashion is analogous to one who offers a Mincha offering to his Creator.

The holiday of Chanukah is inextricably connected to this idea as well. In fact, the miracles of Chanukah would never have occurred if the Chasmonaim did not possess an inextinguishable level of love for mitzvos.

After their miraculous victories over the far superior Syrian-Greek forces, the Chashmonaim entered the Beis HaMikdash with the intention of immediately resuming the daily Avodah, which had been stopped by the invading enemy. While there was plenty of oil available for lighting the menorah, it had all been rendered ritually impure by the Greeks. According to halacha, the Chashmonaim had many leniencies upon which they could have relied to utilize that oil, despite its impurity. However, they refused to do so. They insisted on searching for ritually pure oil, although finding such a bottle was virtually inconceivable. The very fact that they found a bottle of pure oil was in itself an incredible miracle.

If the Chashmonaim merely fulfilled the letter of the law, the holiday of Chanukah would have never come about. Therefore, the Chanukah holiday is an elongated celebration that emerged because of those who were “shomer” Torah and mitzvos, seeking to serve G-d in the most ideal manner possible.

It is for this reason that the mitzvah of lighting the Chanukah candles can be performed on three different levels. (The mitzvah itself is to light one candle each night of Chanukah. Mehadrin is to light a candle for every member of the family each night of Chanukah. Mehadrin min hamehadrin is to light candles for every member of the household corresponding to the night of the holiday.) The holiday created out of passion and excitement contains opportunities for us to demonstrate our own desire to fulfill its mitzvos in the optimal manner.

The holiday of Chanukah is essentially a celebration of our national unyielding passion and desire to go beyond the letter of the law and prove that we not only fulfill, but we seek to safeguard as well. It is a testament that we don’t only do what we have to do, but seek to do whatever we can; however we can do it. 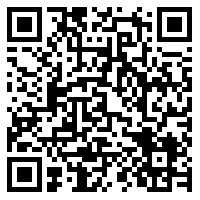