On his journey to Laban’s house, Jacob spent a night on Mount Moriah, the site of Akeidat Yitzchak and the two Holy Temples. G-d appeared to him for the first time in a dream, promising to protect him on his journey and return him to the land of his fathers. Jacob became the third leg in the patriarchal triad to receive the promise that his children would inherit the Land of Canaan. Upon awaking, Jacob was awe-struck and frightened at having spent the night at such a holy place. He took an oath that if G-d accompanies and protects him on his perilous journey and then returns him to his father’s house, he will tithe his possessions.


What did Jacob mean when he realized the sanctity of the place he slept and declared it to be the House of G-d, Beit Elokim? What is the significance of renaming the city Beit El? Why did Jacob condition his tithing on returning to the house of his father?

The Mishnah (Berachot 30b) says that the pious men would prepare themselves for a period of time before and after prayer. This is one of the sources that show us that not only must a Jew be careful to complete his prayers prior to removing his phylacteries, but also that he should not hastily depart the synagogue, in order to avoid the appearance that prayer in the synagogue is a burden. The Talmud (ibid 32b) bases the contemplative period prior to prayer on the verse, “ashray yoshvay vaytecha,” Happy are they that dwell in Thy house. (Psalms 84)The contemplative period after prayer is based on the verse, “Surely the righteous shall give thanks unto Thy name, the upright shall dwell in Thy presence.” (Psalms 144) Other examples of adding additional time to a sanctified activity, similar to prayer, include starting Shabbos early and ending late. We do not enter the Holy Sabbath in a harried state, nor do we separate from the Sabbath at the earliest opportunity. Prior to receiving the Torah at Sinai, the Jewish People required 3 days to prepare themselves. Aaron, the High Priest, could only enter the Holy of Holies once a year after preparing himself appropriately, by immersing in a mikveh and changing his clothes. The concept of muktza is based on the lack of preparation prior to Sabbath or a Festival. The same principle applies to prayer. One who yearns to pour out his heart before G-d can only approach Him after proper preparation.

Attaining the proper mood that stimulates prayer and surrender to G-d, requires the Jew to feel comfortable in his surroundings. After proper preparation, the synagogue assumes the personality of a welcoming home, ashray yoshvay vaytecha. Beautiful pews, carpets and lights are irrelevant. One who rushes into the synagogue and begins to pray, simply lacks the preparation required to attain a level of comfort in his surroundings, which can empower his prayer with sanctity. However, the attachment to sanctity is not limited to the start of prayer or the start of the Sabbath. The original pious people also found it difficult to leave the House of G-d after prayer. Chassidic Jews in Europe were deeply attached to the Sabbath. They attained a connection to her sanctity which they found difficult to relinquish. 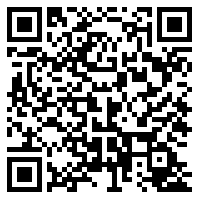