Moshe had fallen asleep in math class again. Balancing his advanced math courses and his personal life was difficult, and he wasn’t sleeping as much as he should be. But he was determined, aspiring to achieve greatness in this field. He loved numbers, always had, and enjoyed connecting his mathematical aspirations with his spiritual growth. But sleep was a rare commodity these days.


Rubbing his eyes, Moshe saw everyone making their way out of the classroom. “Class must be over,” he realized. As he walked out, he noticed two homework problems on the board. He wrote them down and made a commitment to himself. No more slacking off, no more sleeping in class. He was going to solve both of these problems, no matter how much time it took. But he had no idea what he was in for. After spending the entire week tirelessly working on these problems, he still hadn’t solved either of them. But failing was not an option, so he continued to work on them. He read everything he could get his hands on, thought of every possible solution, and simply refused to give up. Finally, at three a.m. the night before the next class, he had a breakthrough. Everything suddenly came together, the pieces fell into place, and he solved the first problem. But no matter how hard he tried, he could not solve the second one. Still, he had given his full effort, and with that he was satisfied.

The next morning, he came to class early and handed in his homework. “I’m sorry, I was only able to solve one of the problems,” he apologized to his professor. His professor looked at him with confusion. “What homework?” he asked. “The two problems you wrote on the board in class last week,” Moshe explained, now confused as well. As the professor looked over Moshe’s work, his face turned white. “That wasn’t homework,” the professor said, his voice breaking with excitement. “Those were two mathematical problems that nobody has ever been able to solve! You just achieved the impossible!”

How many things are we holding ourselves back from achieving simply because we believe them to be impossible? How many of Moshe’s classmates do you think even tried to solve these two problems? Probably none. They heard their teacher loud and clear: these are “unsolvable” math problems. But Moshe never heard these limiting words, he simply saw a problem on the board and committed every fiber of his being to solve it. He believed that he was capable of solving it, but he also believed that he was supposed to solve it. So many people struggle to achieve greatness in life because of their limiting identity: they don’t believe that they are capable, or even supposed to strive for greatness. If we can change our identity, if we can genuinely believe that we are destined for greatness, we would all be able to achieve the impossible.

In Parshas Beshalach, Klal Yisrael have just witnessed the miracles of Yetzias Mitzrayim (the Exodus from Egypt) and are now traveling towards Har Sinai, ready to receive the Torah. In between, however, lies an extraordinary event: Krias Yam Suf – the splitting of the Red Sea (or Sea of Reeds). One can ask, though, why Krias Yam Suf was even necessary. Why couldn’t the Jews go straight from the spiritual high and miracles of Yetzias Mitzrayim to the experience of Matan Torah (receiving the Torah)? Why did they first have to pass through the sea? This question is strengthened by the commentators who point out that this journey through the Yam Suf appears to be pointless. After all, Chazal explain that Klal Yisrael exited on the very same side of the Yam Suf that they entered (Arachin 15a). If Hashem simply wanted to destroy the Egyptians, there were easier ways to accomplish this. What was the purpose of such a journey?

The commentators explain that Krias Yam Suf was in fact a necessary step before the Jews could receive the Torah, but their reasoning is enigmatic. They emphasize the need for the Jewish People to pass through the waters of the Yam Suf in order to be prepared and capable of receiving the Torah. The question we must then ask is: what is the significance of water, especially in regards to the Jewish People’s journey from Mitzrayim to Har Sinai?

The Maharal explains that Yetzias Mitzrayim was not merely a physical process, in which the Jewish People departed from the land of Egypt and traveled to a different physical location. It was a spiritual metamorphosis, an existential transition, the birth of a people. Prior to leaving Mitzrayim, Bnei Yisrael were a collective of individuals, but upon leaving, we became a nation, a single people, a unified whole.

Water as the Medium of Creation

The Maharal explains that the fundamental nature of water lies in the fact that it is formless. Water has no independent form of its own, it adopts the shape of its container. The ocean is completely formless, and unlike dry land, it has no pathways or landmarks. This attribute of water reflects its essence. Water represents the initial stage in every creative process. Before something becomes expressed and takes on form, it exists in a formless, amorphous state. Through the creative process, physical form emerges from this intangible, formless root. This is why the Torah states that during the creation of the world, there was initially only water. Only afterwards did dry land emerge from the water.

This theme of water as the medium of creation is also prominent in Parshas Noach, when the mabul (flood) covered the world with water. The deep secret behind the flood is that Hashem was not destroying the world, He was recreating it. The Dor Ha’Mabul (generation of the flood) became so corrupted that Hashem decided to start over with Noach alone. Hashem therefore immersed the world in water so that it could return to its primordial state of formlessness and void. Only once it reverted back to its original state could the dry land once again emerge from the waters, recreated and reformed. And only once the dry land emerged, and the world was birthed once more, could Noach leave the teivah (ark).

As we previously discussed, the Gemara (Niddah 30b) explains that while we were in the womb, a malach (angel) taught us kol ha’Torah kulah (all of Torah). As the Vilna Gaon explains, this refers to the deepest realms of Torah, a transcendent Torah that lies far beyond this world, beyond the confines of space and time. This Torah is the very root of reality, and we are granted complete understanding of its every detail. Not only were you shown this level of Torah, but you learned your specific share of Torah- you were shown your unique purpose in the world, and how your unique role fits into the larger scheme of the human story as a whole. You were given a taste of your own perfection, of what you could, should, and hopefully will become. And from this transcendent realm, you were birthed into the physical world, emerging from these formless waters with the mission to give form and actualize everything you were shown in the womb.

Before the Jewish People could receive the Torah, they had to be reborn, recreated with a new identity both as individuals and as a nation. In next week’s parsha, Parshas Yisro, we read about Matan Torah. As we read about the Jewish People receiving the Torah, we must realize that we are not simply remembering what happened thousands of years ago, we are re-experiencing this transformative event ourselves, on an entirely new level. As we prepare to re-accept the Torah, we must go through our very own Krias Yam Suf, our own process of self-transformation and rebirth, so that we can accept the Torah with the utmost desire and commitment.

Every day, we get to choose who we are, what we believe in, and how we are going to live our lives. Each morning, we get to create our identity. We are never stuck in the patterns of our past; each day we begin anew. We must look deep within ourselves and recreate ourselves for the better, taking our lives to the next level of spiritual growth. We can’t continue living the same way simply because it’s comfortable, or because we’re used to it. We must challenge ourselves daily, constantly pushing ourselves to become the very best we can be. This year, as we read about Krias Yam Suf, may we each be inspired to undergo a genuine rebirth in our own personal lives, develop a more empowering identity, and prepare ourselves to experience a true Matan Torah. 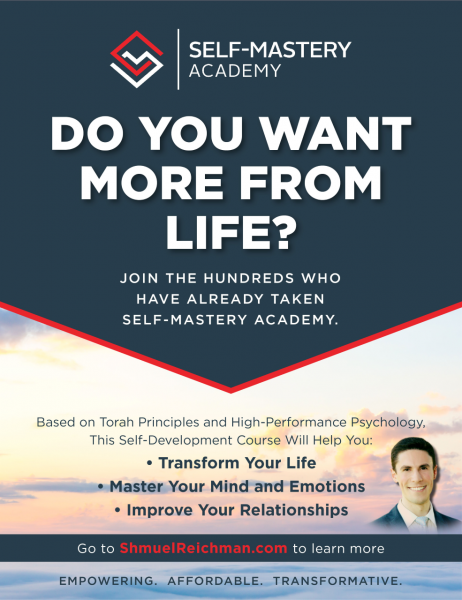 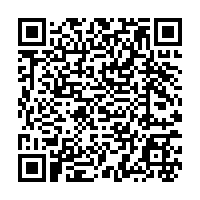