“This is a true story!

“In my speeches and workshops, I sometimes ask my audiences to shut their eyes and think about someone who, at some point in their lives, rekindled their inner light. It is always a profound experience as people remember the joy they received from being appreciated by someone when they needed it most.


“After one session, a gentleman thanked me for creating a new awareness. He had immediately thought of his eighth grade literature teacher who had really made an impact on his life. He planned to track her down and thank her.

“A few months later he called me to say that he had written his teacher. She had gotten his letter and the following week she sent him her response…

You will never know how much your letter meant to me. I am 83 years old and I am living alone in one room. My friends are all gone, and my family’s gone.

I taught for 50 years and yours is the first “thank you” letter I have ever gotten from a student. Sometimes I wonder what I did with my life. I will read and reread your letter until the day I die.

“He was very emotional on the phone. He said, ‘She is always the one we talk about at every reunion. She was everyone’s favorite teacher. We loved her…But no one ever told her….’”

From The Simple Truths of Appreciation by Barbara Glantz

Rochel was still barren when Leah bore her fourth son. Leah named him Yehuda stating, “This time I will thank G-d” (Bereishis 29:35). Rashi notes that Leah was aware that Yaakov would father twelve sons and she assumed that each of Yaakov’s four wives would bear three of them. When she had her fourth son she realized that she had merited more than her allotted share, and was particularly grateful.

The Chiddushei HaRim notes that it is for this reason that Jews are referred to as “Yehudim” – literally a group of Yehudas. A Jew must realize that G-d owes him nothing! Every thing we are granted is given out of G-d’s infinite love. Leah named her fourth son Yehuda because she knew he was a gift; she had received more than she expected. A “yehudi” must be cognizant of the fact that everything in life is a gift. Much of the reason why we are not enamored or filled with blissful joy constantly is because we feel “Es kumt mir – It’s coming to me!” A person who truly feels that everything is a blessing from G-d will count his blessings and realize just how much he has.

The Gemara (Berachos 7b) quotes a statement attributed to Rabi Shimon bar Yochai: “From the time of creation there was no one who praised Hashem until Leah praised Him for the birth of Yehuda.” It is inconceivable that the great Patriarchs and other righteous individuals who preceded Leah never praised G-d. Thus, there must have been a certain aspect of Leah’s gratitude that was unique and unprecedented.

Rav Avrohom Pam zt”l explained that whenever a person reaches a milestone or achieves something extraordinary his heart overflows with joy and gratitude. As time passes however, he becomes accustomed to his success or achievement and the initial joy begins to fade. For example, when a person searches for his or her bashert for many years and finally becomes engaged, the initial joy is almost euphoric. But soon the wedding is over and life continues along its monotonous course. Similarly, if a couple is blessed with a child, they may feel elated. But late nights and parental responsibilities quickly begin to take a toll on them. In the same vein, if a person wins the lottery and is instantly transformed from pauper to millionaire, although at first he can hardly give enough charity, he soon acclimates to his new lifestyle. In all of these situations, the surge of excitement and gratitude quickly dissipates into the daily grind. 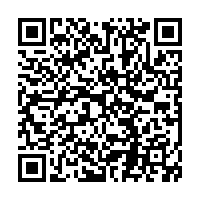