Join us each week as we journey across the United States and gather words of Torah from rabbanim representing each of the fifty states. This week we are pleased to feature divrei Torah from RabbiMichoel Goldman of Honolulu, Hawaii.

The entire narrative of the drama between Yaakov and Esav, spanning these last few parshiyos, is not only perplexing, it is also deeply troubling.

Why did Yitzchak want to bless Eisav in the first place? Was he really so out of touch with who this man truly was? Where was his prophetic vision, even if he was blind? How could he have been fooled so easily?

Why does the tzaddik Yaakov need to lower himself so much to earn Eisav’s favor decades later, by sending him numerous gifts, and even bowing before him?

Most importantly, what does this episode have to do with us? For after all, as we know, the Torah’s tales are not merely historical accounts but lessons for life.

Seen through the lens of the inner dimension of Torah, an entirely new perspective emerges.

Eisav had tremendous potential to be a baal teshuva. His coarseness and brute character were the result of unharnessed and unrefined tremendous energy, which – had they been elevated and channeled correctly – could have even superseded Yaakov’s in holiness!

His attraction to worldly affairs, unlike his twin’s timid and docile nature – Yaakov spent fourteen years studying in yeshiva – contained the possibility for transforming the world itself, much like the benefit Zevulun brought to Yissachar.

It was this spark of untapped potential which Yitzchak hoped to ignite and fan into a full blown flame. The tzaddik, whose world is pure kedusha, craves the “superiority of light from (transformed) darkness” (Kohelet 2). “The level attained by a baal teshuva, even a tzaddik cannot reach!” (Talmud, Brochos 34)

Unfortunately, things didn’t quite work out that way. Eisav wasn’t ready for that transformation, and premature blessings – while still in his raw, rough state – would have only fueled that further. So, the process was delayed.

Now, Yaakov makes another attempt at transforming Eisav’s energy toward the G-dly.

Yaakov, like his father, hopes and assumes – and even prays – that Eisav is ready for fulfillment.

His deepest intention is to turn him around, win his heart, make peace and ultimately re-channel the intense energy his brother had toward a G-dly purpose.

Sadly, once again, he discovers that the time is not ripe. This will only happen when Moshiach comes, as the haftarah concludes “[Princes of Yisrael] will then ascend the Mount Tziyon, as saviors, to wreak judgement against the Mount of Eisav… [only] then will sovereignty be G-d’s” (Ovadia 1:21).

We are fortunate to be shluchim of the Lubavitcher Rebbe in Kauai, Hawaii, otherwise known as the Garden Island, the most lush and exquisite of the Hawaiian Islands.

We’re the westernmost Jewish community on the planet (!) thus always “wrapping it up” for Klal Yisroel by making the last kiddush or havdalla, lighting the last Menorah, etc.

We’re also the most geographically-isolated community, with 2,500 miles of ocean in most directions (other than the neighbor islands).

Our work is mostly with the local community, although we try cater to tourists and visitors as well. There are an estimated 1,000 Jews (men, women, children) living here. We’re the only frum family (with others on the way, b’ezras Hashem).

I can fill many columns with fascinating stories of people’s journeys to Torah and mitzvos and incredible hashgacha pratis incidents we’ve seen, as the variety of souls make their way back to their long-lost roots. We have been privileged to meet some truly admirable and inspiring Jew and non-Jews.

It’s not uncommon for us to have someone at our Shabbos table who hasn’t been at one for 30 or 40 years, or ever. There are many Yidden into New Age spirituality, or even into other faiths, but sooner or later, their neshama will be ignited, and they’ll return home.

While it’s certainly far more tempting to sit in yeshiva or kollel, or live in a frum environment, we are all charged with the life-saving mission of bringing the latent potential of the Eisavs back to kedusha, of uncovering the G-dly sparks, even those buried in the most worldly affairs or coarse, unrefined people. It may take years or even decades for this process to unfold, but we must do our part. Every one of us in his/her job in this world, within whatever worldly environment we interact.

And if Yaakov himself personally engaged in this form of kiruv, going to tremendous lengths to win his brother’s favor, so ought we.

But first we must recognize that the power of the neshamos of those we are hoping to rekindle may be of even greater potential than our own.

You can see some of our work at www.JewishKauai.org.

State Motto: The life of the land is perpetuated in righteousness

First Shul: Temple Emanu-El dates back to 1938 when 35 Jewish families on Oahu formed the Honolulu Jewish Community. In 1939, in cooperation with the Jewish Welfare Board, a small chapel on Young Street was leased and converted into a Jewish Community Center (JCC), which also served as Honolulu’s first permanent synagogue. 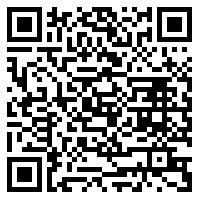