The Jewish people do not figure in most of this week’s parsha; only at the end of the portion do they enter the picture, many Jewish men seduced by Moabite women and then lured to worshipping a power other than Hashem, Pe’or.

In response to this national breakdown, Hashem tells Moshe (Bamidbar 25;4) to assemble the leaders, identify those who had worshipped idols and hang them negged ha-shamesh, literally opposite the sun. Rashi explains the phrase to mean publicly, in front of everyone.  Hashem seems to see some punishments as making a point beyond meting out justice.

We can imagine the self-congratulation among Jews who worshiped Pe’or  and/or followed their hearts to build relationships with Moabite women—they were doing what they knew to be right, daring the “bigots” who would tell them they were wrong. The rest of the nation, it seems, were not willing to protest or stop them, which might be why a strong public response was needed.

As elsewhere in Scripture and Jewish history, the people had lost their grip on right and wrong. To get us all back on track, we need to reassert, restate, reinforce our awareness of our national mores, our sense of proper Jewish behavior (in addition to punishing the guilty).

Rashi also thought each judge was supposed to kill two evildoers. Since there were over seventy thousand total judges, Rashi fits well with a passage in Yerushalmi Sanhedrin 10;2, which also said over 150,000 Jews were killed at Pe’or.

Ramban struggles with the number, and also with whether the judges ended up killing all that many people at all. He thinks Hashem told Moshe to have the judges kill people because otherwise Hashem’s wrath was going to wax against them. For Ramban, Hashem was offering a way to save people, by having the judges try and hang Pe’or worshippers.

Human justice has the advantage of punishing only the fully guilty, whereas divinely sent plagues spill over to others (Ramban is referring to the idea in Baba Kamma 60a, keivan she-nittan reshut la-mashchit le-hashchit, once Hashem allows the Destroyer to destroy, it does not discriminate between the guilty and not. Ramban does not tell us why Hashem lets such seeming injustices occur; I think it’s because more people are responsible for crimes than the criminals, such as those who condone or fail to protest wrongs they see in front of them).

Ramban sees Hashem as telling Moshe he can avoid the more widespread death the divine plague would bring by having the judges find the criminals and punish them.

The tribe of Shim’on short-circuited the solution. The judges had started, which was why people gathered around the Mishkan, for the first trials (with the plague still raging). Then Zimri stepped forward to challenge Moshe, because (Sanhedrin 82a says) his tribe accused him of standing idly by while they were being judged and killed (that, they were willing to protest!).  Ramban tells us he was a great leader, accompanied by a large entourage, a reminder of the politics even Moshe Rabbeinu had to endure and navigate.

For Ramban, the people cried when Zimri spoke since they realized he had ruined their chances to avoid the plague. It’s a reminder of how short-sighted we can be: Zimri thought he was saving people from the judges, not realizing he was dooming them to plague. And in doing so, leading to more death, since plagues do not discriminate as well as judges.

Pinchas unexpectedly saved the day, which put away Hashem’s wrath (as the beginning of next week’s parsha tells us). But then why did Yerushalmi say 150,000+ Jews died? Ramban thinks Yerushalmi was telling us how many Jews were fully involved in the sin and deserved death. They did not die right then, but were in fact killed by Hashem before the Jews crossed the Jordan (Devarim 4;3-4 says Hashem had destroyed all who followed Pe’or).

How did Pinchas help, then? Ramban does not say, but I think he thought Pinchas shifted the eventual divine justice from plague to targeted killings, so only actual sinners died (as would have been true had the judges had the chance to do their jobs).

Public sins affect the whole community, unless the community takes it upon itself to react and reject the sin, the incident shows us. And we can think we’re being heroic, like a Zimri, when  we’re really threatening more widespread punishment and destruction. 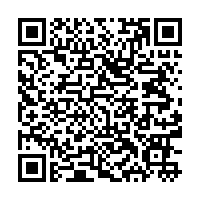