The 75th anniversary of D-Day will be commemorated on June 6, 2019. Looking back we can identify it as one of the turning points in World War II as the Nazis suffered an irreversible defeat. But things were not so clear at the time. There were moments when the Allied commanders considered calling off the attack. Eisenhower, in fact, had prepared a statement accepting full responsibility should the invasion be pushed back. Fortunately, the invasion succeeded. The next ten months were not exactly smooth sailing for the Allies, but ultimately they prevailed.

While many factors contributed to the success of D-Day, I would like to focus on a specific one. For any action to succeed there needs to be a common vision and unity of command. One of the conditions Eisenhower insisted on before he accepted command of the invasion force was that he be the sole commander. This did not mean that he refused advice or neglected to engage in spirited planning sessions, but rather that ultimately all forces including naval, air, and army would answer to him. He understood that for the invasion to succeed there needed to be one supreme deciding voice.


The Germans on the other hand suffered from an issue in the chain of command and fundamental disagreements among their senior commanders. The overall German general in charge of Western Europe was Field Marshal Gerd von Rundstedt. The commander of northern France, where the invasion was expected, was Field Marshal Erwin Rommel. Rommel was answerable to von Rundstedt. As part of his responsibilities, Rommel had invested much effort building up the defenses of what was referred to as the Atlantic Wall. However, the three thousand miles of coastline proved impossible to defend effectively in all places. This led to disagreements as to how to best prepare for the inevitable invasion.

Rommel argued that the Allied armies needed to be stopped on the beaches. If they successfully established a beachhead it would only be a matter of time until they defeated the German army. In other words for Rommel, the war would, for all intents and purposes, be won or lost on the very first day. Therefore, Rommel felt that the tank divisions should be positioned near the potential invasion sites so that they could immediately be called into action to destroy the invading forces. Von Rundstedt on the other hand, felt that if the tanks were positioned too close to the coast they would be destroyed by Allied naval fire. He argued that they should be held further back in reserve. Once it was clear where the Allied tanks were landing, they could launch a counter-attack.

Since Rommel and von Rundstedt could not come to an agreement, a poor compromise was arranged that undermined both approaches. Rommel received control of a few divisions, as did Von Rundstedt. But the majority of the tank divisions were held in reserve only to be released by Hitler himself. As things turned out, Hitler was sleeping late the morning of D-Day and nobody wanted to wake him. The tanks were thus not released and could not be used to repel the invasion. Rommel was proven right. The Allies succeeded in establishing a beachhead that day and D-Day succeeded.

For an organization to move forward there needs to be internal agreement and alignment with respect to the organization’s goals and the plans to achieve them. Without this unity of purpose things will likely get derailed at some point. We see the importance of this idea in this week’s parsha and even more so in Matan Torah, which we will celebrate on Shavuot.

The Torah begins this week’s parsha by informing us that if we follow Hashem’s statutes we will merit many good things. Rashi explains that this refers to being absorbed in the study of Torah. It is the proper study of Torah that unifies all we do as individuals and as a people. The Torah sets out our priorities and directs all of our spiritual, intellectual, and emotional activities to the proper service of Hashem. And even if we differ on certain explanations, at the end of the day we are all moving towards the same goal. The Torah, as explained by Rashi, is telling us that the more we immerse ourselves in Torah study, the more likely it is that we will properly understand its lessons, and by extension behave better – thus meriting good things from Hashem.

This unity is even more pronounced in the Torah reading on Shavuot. The Torah describes (Shemot 19:2) our leaving Refidim with a plural verb. However, it describes our encampment at Har Sinai with a singular verb. Rashi explains that when we arrived at Sinai we were like one person with one heart. The use of the singular verb reflects that we were totally united at that moment. The goal of receiving the Torah forged us into a single entity. Nobody had any doubts why we were there and thus acted accordingly.

To succeed, leaders need to ensure that all their followers clearly understand and buy in to the goals of the organization. With such unity the chances of success are greatly increased. Without such unity success becomes quite questionable. To realize their goals organizations must know in what direction to row and then its members, in concert, must row in that direction. 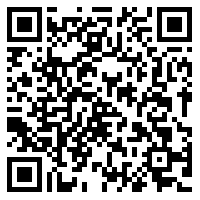