One of the measures of leadership is what outlives the leader. Many leaders pride themselves as visionary and transformative. Yet no matter how successful they may be at the helm of their organizations, if upon their departure things revert back to what they were before their tenure then, sadly, they were simply stewards. A leader must aim to change the culture and not just temporarily affect behaviors. He/she must also have a succession plan in place so that whoever follows buys into the vision and has the skill set to move forward under new circumstances. 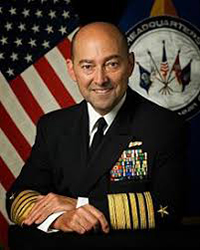 Retired admiral James Stavridis, former NATO commander, recently wrote a book about ten of history’s most impactful admirals. In Sailing True North: Ten Admirals and the Voyage of Character (2019) Stavridis presents a series of leadership lessons gleamed from the lives of such people as admirals Nelson, Nimitz, and Rickover to name a few. One of the common themes of the book is the importance of imbuing organizations with permanent change. While many of the admirals discussed succeeded to some extent, others fell sadly short.

In his conclusion, Stavridis discusses his own career and recalls two leadership assignments he had. In one, he succeeded nicely; in the other, he failed miserably.

Shortly after 9/11 he was appointed to head a new navy think tank called Deep Blue. Its mandate was to reevaluate the role of the navy in the post-9/11 world. He was allowed to handpick his team and they created an organization that was innovative and unafraid to take risks. Not every idea they came up with was a winner, but the Deep Blue office was firmly established with its unique ethos and continues to operate this way years after Stavridis stepped down as its commander.

Several years after his Deep Blue stint, Stavridis was appointed as a four-star admiral to head up U.S. Southern Command, which was responsible for U.S. military activities in Latin and South America. Then Secretary of Defense Donald Rumsfeld felt that U.S. Southern Command was unlikely to be involved in hostile activities in the foreseeable future, so he was told to focus on, ”soft power” capability – humanitarian operations, medical diplomacy, rule of law, personnel exchanges, counternarcotics… and so forth (p.272).

Stavridis wrote how he attacked his new job with tremendous enthusiasm. However, he underestimated the resistance of many of his officers who wanted to continue with the current combat-ready missions. He related, “While most of the team went along, cooperation was grudging and halfhearted in many cases. While I continue to believe we had outlined the right mission for the command, I pushed too hard, creating antibodies, and the project crumbled after my departure – effectively negating three years of demanding work” (Ibid). 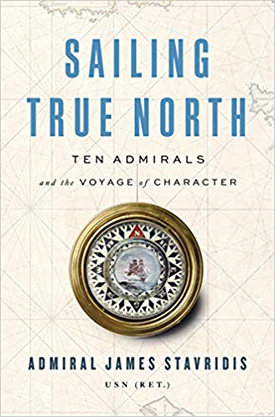 The importance of effecting permanent change relates to how Avraham eulogized his beloved wife Sarah. The Midrash Rabbah commenting (23:2) on the words “to eulogize Sarah” describes that Avraham came from Mt. Moriah where he had participated in the Akeidat Yitzchak. Rav Aharon Levine, in his Torah commentary Derash V’iyun, addresses the significance of this midrash. Why is it important for us to know where Avraham was coming from? Rav Levine explains that the major point of Avraham’s eulogy was to underscore what an outstanding mother and educator Sarah was. The Akeidah involved two major players. According to Chazal, Yitzchak was a full-grown adult at the time. He could very easily have refused to be sacrificed. However, Yitzchak, who was educated and raised by Sarah, understood the importance of obeying Hashem even when it involves the ultimate self-sacrifice. That Yitzchak was willing to do this is the greatest testament to Sarah’s leadership. Yitzchak demonstrated that the next generation was prepared to carry on the family mission. This was leadership at its best.

Bnei Yisrael has tragically had many occasions to demonstrate to the world that we continue to be Sarah’s legacy. The month of November has great significance in modern Jewish history. Near the beginning of the month we remembered Kristallnacht. It was then in 1938 that events took an ugly turn toward what would become the Holocaust when millions of our people were murdered al Kiddush Hashem. November 29 commemorates the historic United Nations vote on partition and the passing of Resolution 181. On the very next day November 30, 1947 the first of the 6,000 Jews killed in the 1948 War were murdered. May Hashem accept these holy martyrs’ sacrifice and rebuild the Beit HaMikdash speedily in our days. 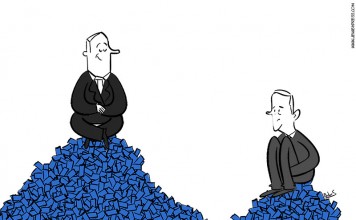