In October of 2007 an art exhibition took place in Gan Leumi of Ramat Gan in which artists decorated chairs with biblical themes. One of the noteworthy pieces was the “Golden Calf” chair; it was inscribed with verses from the Torah about the tragic episode and prominently featured a giant bust of a calf, and was fashioned, of course, out of gold. Not surprisingly, this work of art became a lightning rod for controversy and was ultimately doused in kerosene and melted down by a pair of vandals. Although the secular newspapers saw this as an outrageous act of defacement, the perpetrators defended their actions, claiming to have acted in accordance with Jewish law.

To those insensitive to the devastating implications of the Cheit HaEigel, it might appear as if these zealots were acting in a grossly inappropriate fashion. After all, what is it about the image of a calf that is considered so distasteful?


Which begs another question: Why did Bnei Yisrael elect to fashion their gold into the shape of a calf? Of all the shapes and of all of the animals within God’s planet, why was the calf selected as an object deserving adulation and reverence?

The Yalkut Reuveni (17th century kabbalist of Prague) quotes from a Sefer HaKosmim that there was an Egyptian sorcerer by the name of Apis. Apis declared himself a deity and through black magic created a calf. As Egyptian legend would have it, each year the calf of Apis appeared to hover above the Nile and the Egyptians would gather around to worship it – an event that became known as “Yom Apis.” The Yalkut Reuveni then adds that Bnei Yisrael, having grown up with this legend, passed the story down to their offspring until eventually the lines between fact and fiction became blurred. On the catastrophic day of Moshe’s return from Har Sinai, they believed that it was necessary to establish a new god, and so they drew the image of a calf from Egyptian culture and forged the Eigel.

Idolatry is not always about rejecting God; sometimes it’s the wholehearted acceptance of someone else’s god. Often we find ourselves accepting foreign influences, albeit in a much more innocuous fashion. Jewish children today who are being raised to admire musicians and athletes as opposed to their own heroes have all taken a page from the holiday of Apis. We look towards celebrities for moral, political and even religious guidance. We seek the approval of the collective masses on Facebook and Twitter instead of looking towards our own families, communities and leaders. In doing so, we claim the gods of others as our own – “Eleh Elohecha Yisrael.”

The Kli Yakar has a different approach to the symbolism of the calf. We know that Bnei Yisrael were instructed not to cross the Jordan River without taking the bones of Joseph with them. Chazal describe the painstaking efforts Moshe Rabbeinu made to collect the atzmot Yosef, buried underneath the Nile River. We are told that Moshe carved the words “aleh shor, aleh shor, rise ox, rise ox” (a reference to Yosef who is compared to an ox [Devarim 33:17]) onto a metal plate and threw it into the Nile, causing the coffin to float to the top. Those who observed this miraculous event reasoned that it was on account of Yosef that Bnei Yisrael merited leaving Egypt. As a result, when they fashioned a new god, they did so in the image of an ox in recognition of Yosef. According to this approach, it would seem that the Eigel was not a referendum on God, so much as a rejection of the current leadership. The moment Moshe Rabbeinu was deemed by the mixed multitude to be an inept leader, it was Yosef who filled the void in people’s hearts.

At times we reject the establishment and recall the previous generation with a sense of nostalgia and fondness. This is true in the political as well as the spiritual frontier. How many of us have heard our colleagues say, “I remember Reagan or Kennedy; if only we had a leader like that!” In doing so we create a rose-colored image of what the past was really like. Tragically, the way we speak about contemporary Jewish leadership is no different. We long for the good old days when so-and-so was the posek, and we remember with fondness the way in which the previous rav spoke and dealt with pastoral needs of the community. Indeed, we have fashioned for ourselves a similar sort of god – the god of nostalgia and of selective memory.

I want to suggest one final approach to our question. Perhaps the calf was not an image borrowed from secular culture, nor was it the recalling of a past leader. Perhaps the calf was selected for an entirely different reason. There is no significance to the image of a calf; it could have been a zebra or an aardvark, so long as it wasn’t Moshe Rabbeinu. This is perhaps the intent of the Talmud in Kiddushin (30b) where it says, “Man’s evil inclination renews itself each day.” The Iyun Yaakov in his gloss on this statement comments: “When the Yetzer Hara sees that it cannot entice us in one way, it renews itself the next day with something different.”

We tend to depict utopia in the form of change – something unexpected and new. This is the god of change. I don’t speak of change for the sake of some moral ideal or to correct some grave injustice. Rather, I speak of change merely for the sake of change. The call for change can be relatively harmless, as in the case of those who are constantly redoing their hairstyle, buying a new cell phone or rearranging furniture in their den. But change can also be of a much more nefarious quality. It is incredibly enticing to reject the status quo, even if we have no concept of an alternative plan or idea that would be suitable in its stead. The call for “change” as a rally cry can be quite potent; it can win elections, shape the destiny of a country and of the world, alter a religion beyond the point of recognition, and cost good people their jobs and marriages. Innovation and forward mobility are desirable aspects of the human condition but must always be tempered with a sense of purpose and clarity.

Kehilat Chovevei Tzion has been in existence for nearly a decade and has witnessed a dramatic growth over the years. It uniquely offers both Ashkenazic and Sephardic sanctuaries side by side and has become one of the premier Modern Orthodox synagogues in the Midwest, host to dynamic programming and numerous world-class lecturers and Torah scholars. 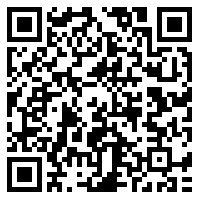