It is tempting to answer WWMD = what would Moshe Rabbeinu do?  But the Torah does not pretend that the best of human beings was a perfect leader.  The numerous episodes of discontent, disobedience, and outright rebellion in Chumash compel us to whether at least some of them could have been better resolved or even prevented.  Perhaps Moshe’s virtues as a person made it difficult for him to anticipate his opponents’ reactions or fully understand their motives.

Consider the case of Korach’s rebellion.  Did Moshe handle it in the best way possible?  The outcomes seem quite awful.  The leading rebels were not reintegrated into the community, but rather killed; a majority of the community rebelled again the day after the leading rebels were killed; and G-d’s anger was not assuaged by their death, but rather He sent a plague that killed thousands and was stopped only by a new intervention.

Separate from within this assembly, and I will consume them in an instant,

Shall one man sin, and You act-with-anger toward the entire assembly?!

His goal plainly is to limit any punishment to Korach, and certainly to the leaders of the opposition.  But when G-d says in 17:10:

Elevate yourselves from within this assembly, and I will consume them in an instant,

Moshe can respond only by sending Aaron to stand in the way of the plague because the acted-on-anger has already gone out from G-dl the plague has begun.

The problem with a contra-factual is that we cannot know what results a different policy would have produced – perhaps this was a Kobyashi Maru (Star Trek reference) no-win scenario.  But a close reading of the text suggests at least a point of entry for discussion.

Korach assembles the people against Moshe – but did they actually engage in, or threaten to engage in, disobedience?  The text as we have it records no active illegality, and even the midrash, which concretizes Korach’s protest by having him wear a tkhelet tallit without tzitzit, attributes this action to him alone.

Korach assembled a coalition with often conflicting aspirations.  As is often the case with revolutionaries, he cobbled together those who opposed hierarchy with those who wished to be atop a new hierarchy.  It would not be surprising if, like many charismatics, at some point he began abusing his followers for their followerness, for their inability to act with what he understands to be his own majestic freedom.  Meshekh Chokhmah suggest that this occurs in Bamidbar 16:19:

“Korach assembled the entire congregation against them” –

It seems to me that the simple meaning of Scripture is that Korach himself did not bring an incense-offering. The 250 men were great men of Israel, as Scripture distinguishes them and they were acting with perfect sincerity to determine by experiment/ordeal who was truly holy. So when Moshe told them to bring an incense offering, and thereby “Hashem will demonstrate what is His,” they immediately did as he ordered: “They took each man his pan” Not so Korach!  He was a man of dispute like Datan and Aviram; he was jealous and hating because of his jealousy of Moshe (and there is no cure for the disease of hatred arising out of this jealousy).  He was seeking complaints against Moshe to diminish Moshe’s standing and value in the eyes of the people.  Korach’s intention was not to obey anything Moshe said – they should choose, not Moshe, and they should tell Moshe what to do, and the nature of the test and ordeal.  Therefore he mocked and poured scorn on the 250 men. Thus Scripture says “Korach assembled the entire congregation against them” – meaning he assembled the whole congregation of Israel against the 250 men, to mock them for taking the incense and doing Moshe’s bidding.  Therefore (Moshe and Aharon) said: “Shall one man sin . . .” – meaning Korach alone, whereas the 250 men merited having their pans become a frieze for the altar, because the Name of Heaven was sanctified through them.

If the 250 men were sincere, could Moshe have devised an experiment that wasn’t fatal to all the losing contestants?  Could he have found a way to make the people conscious that Korach was using them, and did not respect them?

Maybe.  It is fruitful and worthwhile to consider whether a different approach might have yielded a better result, and to seek ways to make leadership challenges end in reintegration and lasting social peace.  “Maaseh avot, siman lebanim” should not mean that we blindly recreate all ancestral errors.

But any policy’s outcome ultimately depends on other people’s choices.  We must also remember that Moshe could not know in advance or afterward whether he made the best decisions, nor can our leaders.  Let us therefore have genuine empathy for all those who with honesty and sincerity accept the challenges of Jewish leadership. 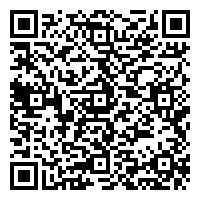