Rashi and Ramban have different answers to the problem, each affecting our picture of basic Jewish history. Rashi (commenting on the verse in our parsha) says the clock on the four hundred years started with the birth of Yitzhak. A descendant of Avraham who lived in a land not yet his, he was sixty when he had Ya’akov, who was one hundred and thirty when he went to Egypt, and the Jews were in Egypt two hundred and ten years. Four hundred years of Avraham’s offspring were strangers in a land not theirs.

The count of four hundred and thirty years in Shemot started with the Berit ben ha-betarim, the Covenant where Hashem mentioned the four hundred years. I won’t discuss why the verse would speak of the length of time the Jews were in Egypt, but Rashi’s reading raises another problem. If the Berit was thirty years before Yitzhak’s birth, Avraham was seventy, whereas Bereshit 12;4 told us he was seventy-five when he heeded Hashem’s lekh lekha, call to leave his land and go to Canaan.

The solution is obvious and has been known for centuries, Rashi thinks Avraham went to Canaan twice, the first time seemingly of his own volition, the second at Hashem’s call. As some support for the idea, we can notice Terah seems to have started the journey to Canaan, in 11;31. True, many commentators, such as Ibn Ezra, link that to Hashem’s telling Avraham to go, but others, such as Sforno, think Terah simply had the idea.

Sforno thinks Canaan was less affected by the Flood than other lands, luring Terah to see it as a desirable place to go. In what I think is a related idea, R. Yitzhak Arama argues Avraham did not have full prophecy until after his circumcision. When Hashem tells him to go to Canaan at the beginning of Lekh Lekha, it was more of an inspired thought than direct communication.

It’s not a simple claim, because it assumes the Torah can use the exact same words for a prophetic event as for a lesser event, complicating our ability to know what the Torah means when it says Hashem spoke to someone. However we resolve that, for those who think Avraham’s going to Canaan at seventy-five was inspired rather than commanded, it seems easy to then assume he also went at seventy, already alert to the spiritual excellence of the Land of Israel.

To me, it puts Israel in a new light. For Rashi, there was an extent to which Hashem told Avraham to go to Canaan, and that’s why he went, at the same time as there was a sense in which Israel’s advantages over other lands shone through (at least to someone as spiritually sensitive as Avraham).

Ramban takes a completely different approach, with other far-reaching ramifications. Part of his motive, I note, is his strong preference to read the Torah in chronological order wherever possible, meaning Avraham had to be over seventy-five at the Berit.

Indeed, he does not think they deserved to leave at the end of the four hundred and thirty years, either. Their lowly state meant they could not stay longer, Hashem’s taking them out an expression of mercy. For Ramban, the Exodus wasn’t the predicted and precisely timed fulfillment of a promise Rashi saw, it was more of a fleeing, an urgent taking the Jews away from an environment on the verge of destroying them.

To resolve the contradiction between the verses we opened with, then, Rashi gives us a new insight into Avraham’s relationship to Israel, seeing it as a place he went voluntarily, before Hashem told him. And Ramban views the Jewish people less wholly positive than we might wish, denying they deserved the Exodus Hashem then made central to Jewish lives forever.

For us, the takeaway could productively be to remember our connection to Israel, and to have a clearer-eyed view of our own spiritual states, individually and collectively, that we better and more quickly develop in a way so as to merit the fullest version of the next redemption, as soon as possible. 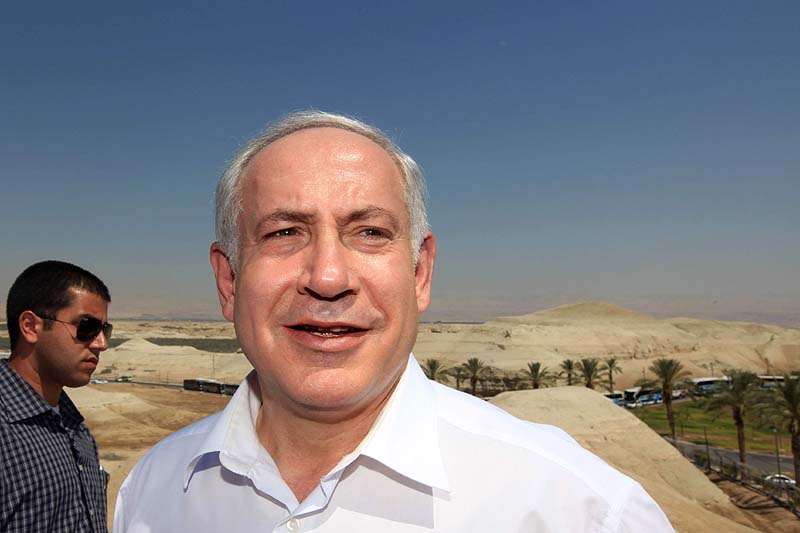