Marine Boot Camp. Just the sound of those words conjures up in our minds screaming tyrannical drill sergeants, sleepless nights, and impersonal buzz-type haircuts. Why does a society such as ours, one that values individuality, civility, and free choice, allow and even condone the existence of a sub-society such as the one that exists in boot camp? From the outside, it is hard to discern a justification and rationale for what goes on there.

Let’s begin with what boot camp is not intended to accomplish. Unlike what many people think, boot camp is not where civilians become expert soldiers proficient in the skills necessary to accomplish mission success. In fact, the high-stress environment is not conducive for acquiring the knowledge base or honing in on those skills that need to become second-nature for soldiers to survive and succeed in combat. Can any of us imagine learning complicated matters with a sergeant screaming at us throughout the class?

Boot camp has a very different goal. Jon Davis, a Marine sergeant, explained: “There are many habits that kids and civilians have that have to be unlearned.”

For example, as civilians, the recruits were used to focusing on their own self-preservation. In the Marines, they have to get used to acting counter to that training by running into battle. The mindset of risking one’s life for the cause can only be acquired once the civilian mindset of self-preservation is unlearned.

Another civilian trait that needs to be unlearned is the emphasis on individuality. To erase individuality, recruits on their first day in boot camp are subjected to the famous Marine haircut. As Sergeant Davis explained, the haircut “is part of the erosion of individuality…. Individuality makes them [the recruits] special and unique. It makes them feel that they might be above someone or something else. They are better than the orders they might receive. They are too good for something. Not at boot camp. From Day 1, everyone is the same. In fact, during my time, being called ‘an individual’ was an insult as it meant that you were a person who couldn’t put the needs of the unit first.”

This formulation helps us understand a very insightful observation the Malbim makes at the beginning of Parshat Massei. The Torah (33:1) lists the various places Bnei Yisrael camped at after they left Egypt. Normally, the Malbim points out, a person traveling somewhere marks the stops on the way with reference to their proximity to his ultimate destination. For example, people who are traveling to Niagara Falls from Brooklyn and keeping a record of their journey will most likely record things as occurring while on their way to Niagara as opposed to on their way out of Brooklyn. This being the case, we would have expected the Torah to list the stops as part of Bnei Yisrael’s journey to the land of Israel, and not, as it does, as part of their journey from Egypt.

The Malbim posits that a journey is defined by its purpose and not its destination. Most times the two are synonymous. The reason a person takes a journey is to get to the destination and therefore stops along the way are recorded with reference to it. However, sometimes the journey’s purpose is independent. In this case, the Malbim explains, the forty years in the desert and all the stops along the way were not necessary to reach the land of Israel. The actual distance from Egypt to Eretz Yisrael was a short journey. The forty years in the desert were necessary to purify Bnei Yisrael from the influence of Egypt. Therefore, the Torah records the stops with reference to leaving Egypt. Bnei Yisrael’s experience in Egypt was the reason they needed to stay in the desert for so long.

A clear understanding of why we do the things we do enables leaders to develop and employ proper strategies and game plans so that their followers get the most out of their programs. Points of departure and destination are important to know. No less important is the knowledge of whether the road being traveled is a road from or a road to. 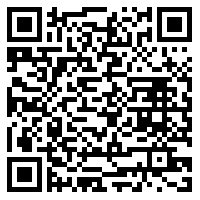