Military intelligence is best used when the enemy does not realize that its codes, plans, and operational protocols have been compromised. Armies therefore take extensive measures to ensure that when they act upon intelligence the enemy has no clue.

For example, during World War II, the Allies were obsessed with preventing the Germans from discovering that their top-secret code, Enigma, had been cracked. (In fact, the secrets of Enigma were not revealed until the 1970s.) And in circumstances when it will become clear that intelligence was acted on, an army will do everything in its power to ensure the enemy doesn’t know where the information came from. Ideally, sources and methods are taken to the grave.

It is only in the most extreme situation, when a goal of overarching strategic importance needs to be accomplished, that militaries will violate this principle and act in a way that reveals both the possession of intelligence and how it was acquired.

One such case occurred during the Six-Day War in 1967. On June 6, the second day of the war, Israeli intelligence intercepted and recorded a phone conversation between Egypt’s President Nasser and Jordan’s King Hussein. At no time in the conversation did Nasser inform Hussein that the Egyptian air force had been destroyed. He let Hussein believe that the war was going better than it was for the Arab armies.

What was most useful from Israel’s perspective was the captured dialogue exposing Nasser and Hussein’s plan to fabricate the story and announce on radio that the United States and Great Britain were actively helping the Israelis and joining them on their bombing sorties. This was a politically explosive discussion. Although General Aharon Yariv, commander of AMAN (Israeli military intelligence) did not want to publicize the discussion for fear of revealing to the Arabs the extent of Israel’s technical collection capabilities, Prime Minister Levi Eshkol and Defense Minister Moshe Dayan overruled him. They believed the political benefits of exposing Nasser’s deceit was worth the risk. It would show the world that Arab leaders were prepared to lie to their own people for their political ends. It would also sow dissent among the Arab leaders themselves.

While Yariv’s fears were realized and in the aftermath of the war Israel lost some 60% of its interception capability, the political leaders felt that the public relations gain was well worth the price.

The Torah in this week’s parsha presents us with an example that balances the need to guard information with the need to reveal it on some level. The pasuk states (29:28): “The hidden things are for Hashem and the revealed things are for us and our children to fulfill all the words of this Torah.” Rashi explains that this refers to hidden and conspicuous sins. Whereas we are not responsible for sins our brethren transgress secretly, since we don’t know about them, we are responsible to address those sins done publicly.

On a homiletic level, some commentators have suggested the following explanation. In general, rewards for mitzvot were not revealed to us for fear of our neglecting mitzvot with small rewards in favor of fulfilling those with large rewards. By not knowing the rewards we would not be tempted to not pick and choose which mitzvot to observe. However, there still exists the fear that we would automatically assume that the more difficult mitzvot have larger rewards. To prevent this from happening the Torah revealed the reward of long life with respect to two mtizvot: sending away the mother bird and respecting one’s parents.

Sending away the mother bird is an example of an easy mitzvah while respecting one’s parents is an example of a difficult one. Yet the Torah reveals to us that both have the same reward. We see from this that the level of difficulty of mitzvah performance has no bearing on the reward and thus we cannot use the difficulty factor to determine which mitzvot to focus on. Rather, we must try to do them all equally. This is seen in the pasuk as follows. “The hidden things (i.e. the rewards) are for Hashem (so that we don’t ignore mitzvot with small rewards), and the revealed ones (the rewards for sending away the mother bird and respecting one’s parents) are for us and our children to ensure that we observe the entire Torah.”

This explanation underscores the importance of balancing the need to, at times reveal information in a useful way, while being careful not to undermine the collection of information in the future. Leaders will often face such dilemmas and will feel pressure from all sides to act in certain ways. They must therefore think carefully before they reveal, as they will be revealing what they think. 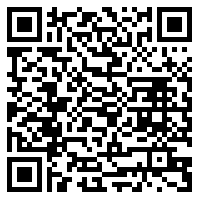