Dunkirk. The little village on the French coast has become a household word as a result of new movie about the rescue of the British army (and some French soldiers) in 1940. People have become familiar with the “Dunkirk Spirit,” the spirit that animated citizens to unite, survive, and live to fight another day. A number of books have been written about what is arguably the greatest rescue of an army in history and the many miracles, large and small, that made the rescue possible.

When the Germans attacked on May 10, 1940, the combined French and British armies seemed more than a match to Hitler’s army. However, unprepared for the German’s end run around the Maginot Line through the Ardennes Forest, the French army quickly disintegrated as an effective fighting force. Soon the British found themselves forced to retreat to the French coast of the English Channel in an attempt to survive the German onslaught.


By the end of May, the British found themselves trapped in a small pocket of land around Dunkirk. General Gort, commander of the BEF (British Expeditionary Forces), informed London that victory was hopeless and that plans should be made to evacuate the army. Under the command of Vice-Admiral Bertram Ramsey, the British government initiated Operation Dynamo to evacuate as many soldiers as they could from the French coast. Realizing that the Germans would attack England next, the Navy and Air Force had to carefully navigate which assets they could commit to the rescue. Ships and planes would be needed to defend the home island. Cognizant of these realities, the admiralty was hoping they could rescue about forty thousand of the close to four hundred thousand British soldiers trapped in France.

Miraculously, the British Navy rescued over 300,000 British and 75,000 French soldiers (historians debate the actual numbers). While many sailors and airmen performed their duties with exceptional courage and professionalism, the most popular heroes were the private citizens who joined the rescue effort with their more than 700 personal yachts, pleasure boats, and launches. Collectively they became known as the “little ships.” While these ships did not actually transport many people back to England, they did perform a critical role. Because of their shallow draft, they were able to get close to the beaches and transport the soldiers to the bigger ships, which then transported the soldiers to England.

In truth, historians claim that the actual contribution of the “little ships” was smaller than the popular account implies. However, there is no argument that they did indeed help rescue thousands of soldiers, and their participation was a major morale boost for the army. It reflected a new national unity and fostered in people a sense of responsibility. Although Britain lost nearly all its heavy equipment, the military managed to rescue enough solders to form the core of the army necessary to defend the homeland in the short-term and defeat the German army in the long-term.

The Dunkirk Spirit is actually anticipated in the Torah at the beginning of this week’s parsha. The first verse begins by enjoining us to: “See [singular] what I place before you [plural] today, a blessing and a curse.” The commentators question why the Torah begins the verse in the singular and then switches to the plural. Many different explanations have been suggested for the transition. For example, the fact that G-d presented Bnei Yisrael with the stark choice of choosing between either a blessed or cursed existence reflects the critical moment they were in with respect to their historical existence. It is often at such momentous occasions that the plurality of people who confront such a challenge come together and perceive as a single unit what’s at stake. They realize that only through a unified front will they be able to succeed.

The Chatam Sofer posits that the change from singular to plural reminds Bnei Yisrael that they should imagine the world balanced between its good and bad deeds. As such, one more additional good deed will tip the scales in the world’s favor, while one more misdeed will tip the scales in the opposite way. Each person should act as if his or her actions will make all the difference. One more mitzvah, and all will be good; one more sin, and all will be bad. According to this explanation, the verse reads: “Each person should see and say to himself: ‘It is in my power to present to everybody in the world today, either a blessed or cursed life.’”

The Seforno teaches that there are times when a person must realize that he faces a truly binary choice. He either chooses a way of life that leads to blessings or he will end up on the path that leads to curses. There is no in-between. While in certain situations “sitting on the fence” might be a short-term option, when it comes to existential decision-moments, a person must take a stand.

Leaders must be able to identify these existential, or Dunkirk moments, and act accordingly. They must foster the unity necessary to confront the moment, inform people that inaction and waiting is not an option, and inspire each person to realize that his or her individual actions can make all the difference in the world.

Following Dunkirk, in anticipation of a German attack on England proper, Winston Churchill, the new prime minister of Great Britain, delivered one of his most famous speeches in which he beckoned his plurality of citizens to fight as a nation with the following memorable exhortation: “Let us therefore brace ourselves to our duties, and so bear ourselves that, if the British Empire and its Commonwealth last for a thousand years, men will still say, ‘This was their finest hour.’” 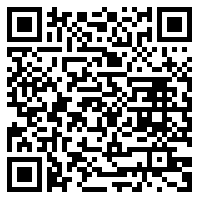