Joseph Stalin is quoted as saying that, “A single death is a tragedy, a million deaths are a statistic.” Stalin was known for being a mass murderer and thus we can easily identify him by this observation. But many people seem to think that all leaders, especially military leaders, share this sentiment on some level. After all, they are in the business of sending soldiers to their deaths to accomplish some greater goal. World War One witnessed generals, on both sides, who ordered thousands of their troops to march to near-certain death across “no-man’s land.”

However, history has also witnessed generals who cared for their men’s lives and did all they could to keep casualties down. One such general was Dwight D. Eisenhower. I have written previously about the pressure Eisenhower experienced as he deliberated whether to order D-Day to move forward despite a dubious weather forecast. I have also written about Ike’s willingness to accept responsibility if the invasion was pushed back. We know this from the text of the speech he wrote for such a contingency, but did not have to deliver. This week I would like to highlight another aspect of Eisenhower’s leadership during D-Day, namely, his concern for the lives of his soldiers.

In an article in the New York Times (May 19, 2014), presidential historian Michael Beschloss related a little known incident that occurred during Eisenhower’s campaign for president in 1952. “Eisenhower’s painful memories of soldiers dying as a direct result of his command decisions had caused him to break down in public at least once before… In a little remembered incident during the 1952 presidential campaign… Eisenhower – who usually kept his emotions under lock and key – spoke to a World War II veterans’ audience about these soldiers. He was so overwhelmed by grief that he covered his face with a handkerchief.”

In 1954, on the tenth anniversary of D-Day, Ike chose to spend the day at Camp David, rather than appear in public. He preferred to express his thoughts in a statement. In it Ike ignored his own monumental role in the invasion and preferred to shine the spotlight on the soldiers. The invasion “depended for its success upon the skill, determination and self-sacrifice of men from several lands… Despite the losses and suffering involved in that human effort, and in the epic conflict of which it was a part, we today find in those experiences reasons for hope and inspiration. They remind us particularly of the accomplishments attainable through close cooperation and friendship among free peoples striving toward a common goal.”

Eisenhower managed to maintain the proper perspective on the value of human life throughout the war. This was no easy task and no small accomplishment. Leaders often face the challenge of maintaining concern for their followers and for their everyday needs amid having to make big decisions that affect the organization as a whole. The Chofetz Chaim illustrates the importance of maintaining sensitivity (albeit in the context of spiritual sensitivity) in a comment near the end of this week’s parsha.

At the conclusion of the instructions regarding what animals are permitted and prohibited to be eaten, the Torah enjoins us to be careful not to spiritually contaminate ourselves through ingesting the impure animals and creatures. The Torah states (11:43): “Do not contaminate yourselves through them so that you will become impure through them.” The Torah uses two spellings of the Hebrew word for impure in the verse. In the first use, the word titam-u is spelled the usual way with the letter aleph. In the second, it is spelled without the aleph.

The Chofetz Chaim explains that when the word is spelled without the aleph it can also mean dull. The Choftez Chaim underscores the significance of this second meaning through a parable. A man owned a perfume shop that provided him a nice living. However, one day a person opened a tannery next door and the smell scared away the perfume customers. The perfumer had to close his store. As he was packing up, the owner of the tannery invited him to be his partner. The perfumer readily agreed and began working with him. The first few days in the store were terrible. The smell was sickening. But sure enough, with time, the former perfumer became so used to it that he no longer noticed it. It stopped making an impression on him.

The Chofetz Chaim suggests that the Torah, through the use of the variant spelling of tamei, is warning us of this phenomenon. It’s bad enough a person eats something impure – but at least it’s repulsive to him. But as a person eats more and more impure food items, his soul becomes dulled as to the foods’ pernicious effects. This spiritual dullness becomes the greatest danger as the person has no internal inhibition to eating the impure food. This will trap him in a downward spiral from which it will be extremely difficult to extricate himself.

Leaders have to make many difficult decisions – decisions that affect, often negatively, other people. As a leader makes more and more of such decisions, he exposes himself to the danger of becoming insensitive to the pain, albeit necessary for the greater good, that these decisions cause people. While these decisions need to be made, they should never be easy decisions. Leaders must take precautions to strengthen their inner sensitivity to other people and reinforce this sensitivity when difficult decisions need to be made.

Whether through the study of mussar or involvement in chesed programs, leaders must do all that they can to ensure they never lose any of their humanity despite making decisions that affect other humans. Eisenhower somehow understood that although he commanded millions of soldiers, they were all individuals with names and mothers praying that they should come home safely. 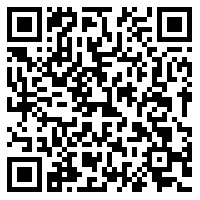