This week’s parsha discusses the special clothing worn by the kohanim. Every kohen must wear four articles of clothing and the Kohen Gadol must wear eight. If either a kohen or the Kohen Gadol does an avodah without wearing all of the proper clothing, he is chayav meesa.

While we can understand that all the requirements for bringing korbanos be fulfilled exactly, why is death the punishment for missing even one item of clothing? Another question we can ask about the bigdei kehuna is: Why does the Torah require that the people making them be chachmei lev, wise of heart? Each article of clothing represents a different koach and there are deep reasons for wearing them. However, we can understand the bigdei kehuna on a more basic level as well.

One of the names for clothing in the Gemara is mechubaday. The Gemara explains that the root of the word is kavod, honor. Clothing gives honor to the one who wearer. The first impression we make on others is very often determined by what we are wearing – it reflects our economic status, personality, and even our level of intellect. Just as a soldier or police officer is readily identified by his uniform, a regular person can also be identified by his clothing.

Clothing can also determine how we see ourselves. For example, a more casual attire can cause a person to feel more relaxed and less professional and vice versa for business attire.

Thus, if a kohen isn’t wearing everything he needs to wear for the avodah, he isn’t fit to participate in the service of Hakadosh Baruch Hu. Not only isn’t he following the Torah’s requirements, he is not in the correct frame of mind. The bigdei kehuna elevate him and remind him of his status. If he isn’t wearing them, his appreciation of who he is and what he can accomplish is weakened. Therefore, he is chayav meesa, as he is not on the exalted level he needs to be on.

Now that we have a greater appreciation of the bigdei kehuna and clothing in general, let us answer the final question: Why was there a need for people who were chachmei lev to create the garments?

While clothing has the ability to elevate and define us, it also presents a great danger. A person who defines himself simply by what he is wearing is obviously a shallow person at best and a hypocrite at worst. The Satmar Rebbe zt”l was a big admirer of R’ Elimelech Tress z”l. This bothered one of the Rebbe’s chassidim who asked, “Rebbe, how can you give him so much respect if he doesn’t even have a beard!?”

The Torah required that the clothing be made by people who were wise of heart, not just those who were wise. A person who is wise of heart, understands that who he is can’t be defined by his outer appearance. A person’s true essence is in his heart, his thoughts and emotions. The bigdei kehuna were made with the understanding that clothing can help a person define himself, but they can’t be his whole definition.

There are two false approaches to clothing. Some think that what a person wears classifies what type of person he or she is. Unfortunately, this can cause a person to ignore real self-improvement. He can think, “As long as I’m dressed a certain way I’m doing the right thing.” This is a false and dangerous notion. Others go to the opposite extreme. Since clothing is superficial, they feel it is unimportant to dress in a proper way. However, it’s clear that when a person’s mode of dress isn’t appropriate, there’s a greater pull for that person to act in an inappropriate manner. To ignore that clothing changes us is to deny an obvious truth. When we wear a yarmulka or tzizit, we are defining ourselves for the world at large, and, more importantly, for ourselves. No one would go into a non-kosher restaurant wearing a yarmulka. A girl who is dressed in a tznius manner will automatically act more refined.

Remember, while clothing is important and helps us elevate ourselves, we also can’t be an empty suit.

May we be zoche to elevate our definition of ourselves and look and act as members of the nation Hashem choose for Himself. 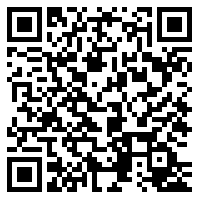